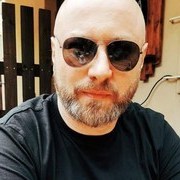 This effects pack is a compilation of many effects I did over the years for Strike Fighters and First Eagles series of flight simulators by Thirdwire.

Build around "Desert Storm FX Pack beta" released in early 2009, this pack replaces most of the stock effects with new ones, most of them volumeric or "3D" in appearance. Also used are few reworked/tuned down effects from my "Hollywood Explosions" mod, aswell as several never before relased ones.