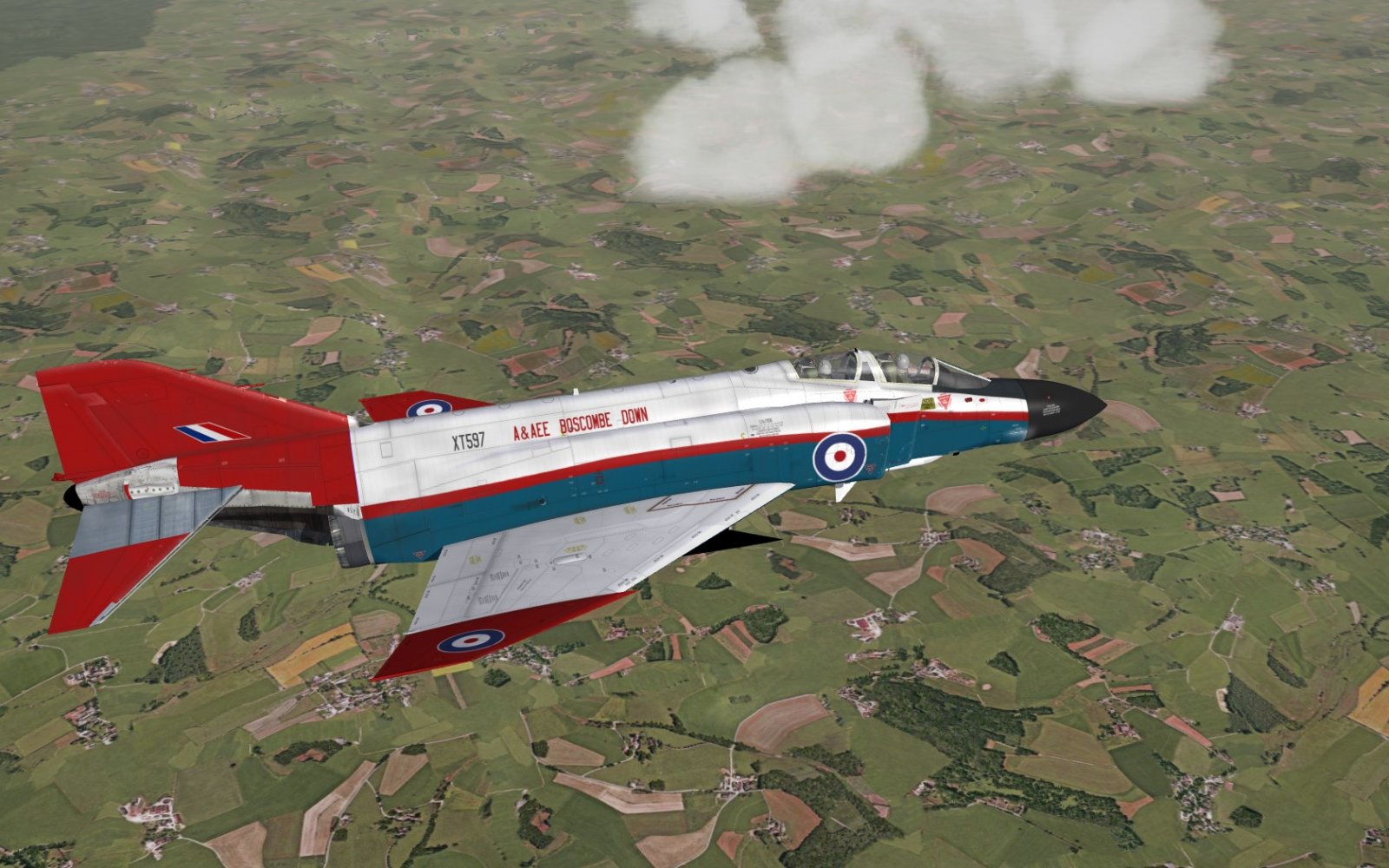 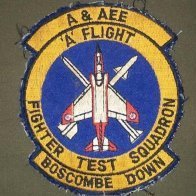 TMF F4K model and textures. There are some glitches, the 370ltr wing drop tanks are missing textures as are all the wing hardpoints and the fuselage centreline hardpoint. When I jettisoned the tanks the starboard hardpoint went with the tank as it should do with a Sergeant Fletcher tank but the port one did not as can be seen in the iverted shot. Any ideas anyone while I investigate further?

XT597 was the last UK Phantom to fly being withdrawn from service in 1994 two years after the RAF retired theirs.

XT597 is now in the hands of Everett Aero awaiting sale.