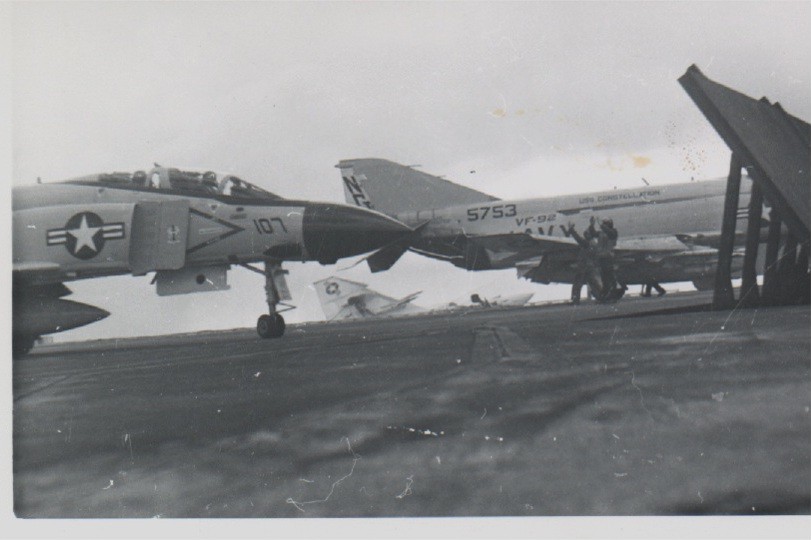 This shot shows what happens when a landing goes bad. The F-4B in the center of the frame background landed but the wire snaped as the plane was slowing down the pilot tried to steer away from other aircraft in his way and instead steered himself into the port side (left) catwalk. This aircrew were rescued and the plane was stuck there for about two weeks until the ship pulled back into Subic Bay and the plane was lifted by a pierside crane from the ship.