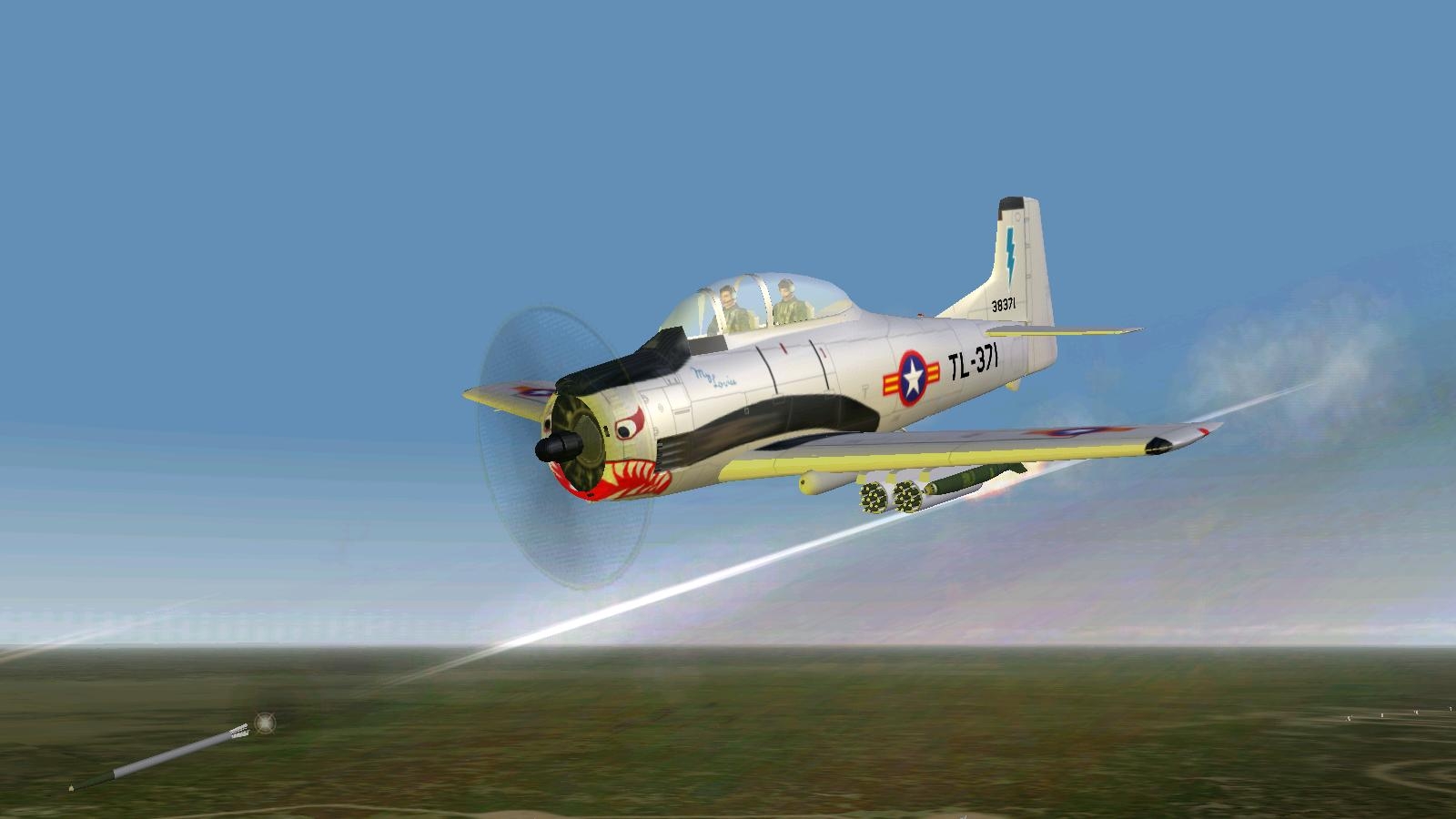 Other images in Wings Over Vietnam

A little peek at the T-28D Nomad to be released shortly. Here is the 1st Air Commando Squadron also known as the "Soc Trang Angels". This was one of those CIA-USAF "Advisor" operations which took place before the official start of the Vietnam War in 1964. Yes....there is an "unwilling" VNAF observer in the back seat!!