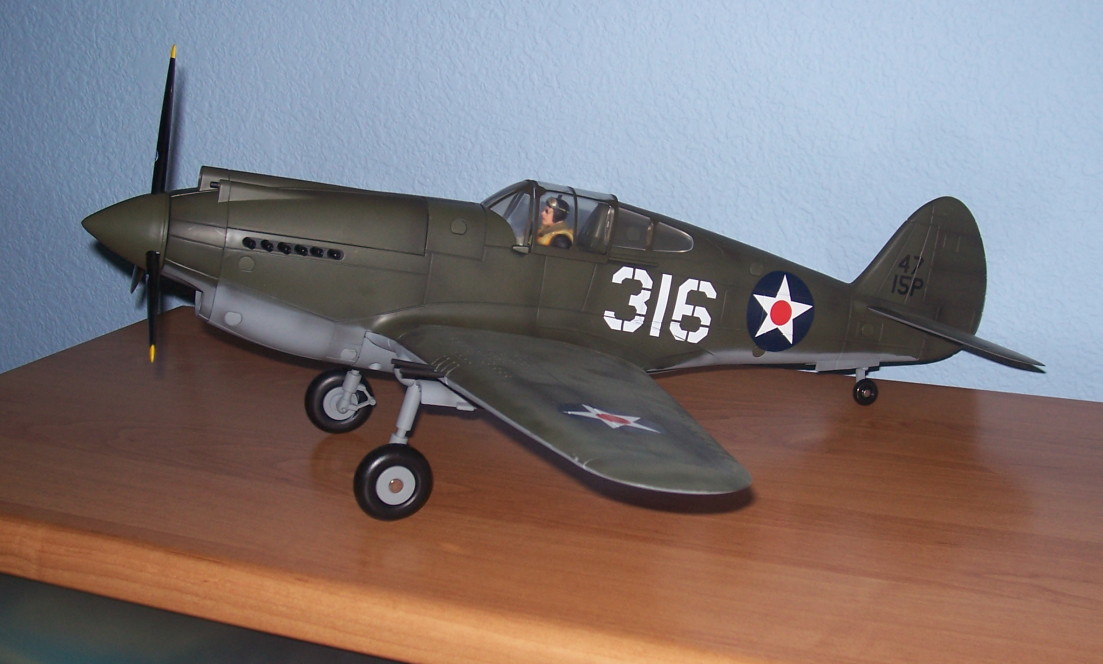 Other images in USMC Hawker

I just picked this one up @ Walmart. They sell them for about $20 less than online retailers. Plus no shipping.

After a night of poker and dancing at the officers' club at Wheeler Army Airfield in Honolulu, Taylor and Welch awoke on the morning of December 7, 1941 to the sound of planes flying low, machine-gun fire and explosions. Lt. Taylor called Haleiwa Auxiliary air field and, without orders, told the ground crews to get two P-40 fighters armed and ready for takeoff.[1] Taylor's new Buick was strafed by Japanese aircraft as the two pilots sped the 10 miles to Haleiwa. At the airstrip, they climbed into their Curtiss P-40B Tomahawk fighters, which were fueled but armed with only 30 cal ammo.

After they took off, they arrived over Ewa Mooring Mast Field which was being strafed by dive bombers of the second attack wave.

Taylor shot down two dive bombers and landed at Wheeler Field to get some 50 cal ammo, As a flight of dive bombers began strafinng Wheeler, both Welch and Taylor took off again. A Japanese bullet came within an inch of Taylor's head and exploded in the cockpit, with one piece going into his left arm. Air Corps records credit Welch with four kills and Taylor with two, yet new research of Japanese combat reports confirms Taylor got four kills and Welch with two.

For their heroic action on December 7, the U.S. War Dept. in Communiqué No. 19 on December 13, 1941, designated Taylor and Welch as the first two heroes of World War II, and awarded both the Distinguished Service Cross.