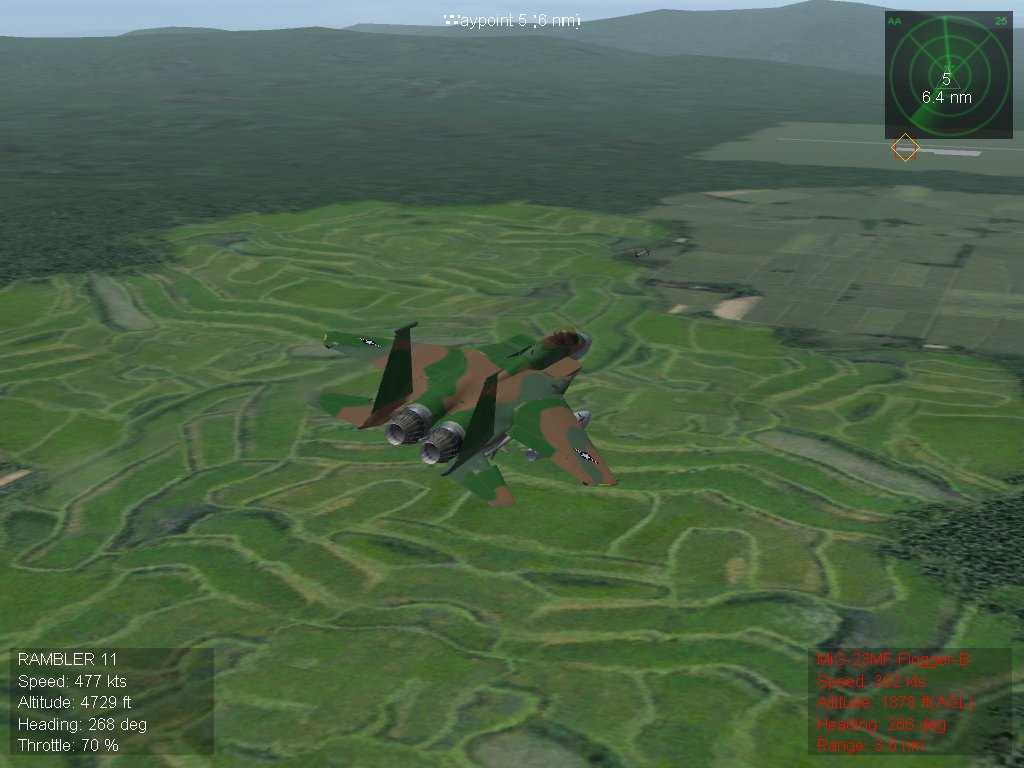 Other images in Falcon161's Album

On September 23rd 2004, a portion of Northern Vietnam broke off wanting a Democratic Government once again breaking Vietnam in two. A month later intense fighting between the Free Army of North Vietnam(FANV), and the Communist Army of South Vietnam (CASV) began. Since the U.S. Regular forces did not want to get involved the T.M. Sent two Carrier battle groups, 5 battalions of T.M Marines, 5 Battalions of T.M. Army Infantry, 4 Bomber Squadrons, and 12 Squadrons of Attack and Fighter aircraft. One of these squadrons is the 13th Tactical Fighter Squadron which is shown here in a T.M. Version of the F-15C sporting a SEA camflauge pattern.