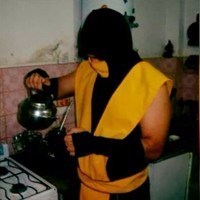 I know it could be better but I still have a lot to learn. Enjoy it