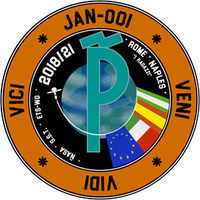 As you may already know, this Monday (with some luck) the mission ARTEMIS one is going to lift-off setting the path for future manned missions to the Moon, something that as engineer and space nerd I am very excited about. To celebrate this milestone and since I am finding myself without time to continue 3D modelling space gear for the Moon mods, I have decided to upload my UNFINISHED models so you can enjoy them! That includes:

- Aircrafts (or should I say spacecrafts)

- AAA test beds: In order to become a full Space warfare mod, ground objects have to be implemented, unfortunately appart from static turrets and modified rovers sketches I have not been able to make 3D models, that is why I borrowed randomly GKABS M163 PIVADS models in order to have AAA with good targeting for the following systems:

- So what to expect from this release?

As you will see, it lacks a lot of things we take for granted in this game: ground assets, targets to strike, actual Air-to-Ground and viceversa weaponry, spacecrafts from other nations. But as we all know, time is sometimes really hard to invest in these projects and real life easily takes over it. So at least you can have some dogfights between Orions and experiment this new environment. I personally enjoyed a lot the process of doing them and thinking how a Spacefighter mod would look like after seeing that a Moon map is actually possible (thank you Menrva!).

So I hope you enjoy this despite of the clearly unfinished models and textures!

DISCLAIMER:  As always this is a FREEWARE, the use of this content for commertial purposes is strictly FORBIDDEN.

Ohhh and before I forget it, THERE ARE NO LANDING GEARS! hahahha

All being said, kind regards. Nuni