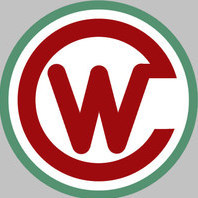 First, my congratulations to russouk2004 for the bird!

A special thanks to Wrench for the support.

The Beechcraft Mentor in the Argentine Air Force

By the mid-50s, the Air Force required a basic trainer capable of replacing the nationally manufactured I.Ae.22 DL and the Fiat G-46, then in service. The choice fell on the modern Beechcraft B-45 Mentor that just three years ago had entered service with the USAF.

The contract signed with the North American company in 1956 contemplated the acquisition of 15 units manufactured at the Beechcraft plant located in Kansas and another 75 that would come in kit form to be assembled at the Military Aviation Factory.

Initially, the Mentors entered service with Training Group I of the I Morón Air Brigade, where they served between 1962 and 1970, later they would move to the VII Morón Air Brigade and finally they would form part of the Military Aviation School. Some copies were in service in the Reconquista Military Air Detachment, between 1962 and 1963, these copies would later go to the Directorate of Development, being re-registered as LQ-..., these devices would go to the EAM in 1969.

In 1979, 50 new 260 hp Continental IO-470-N12B engines were purchased to re-engine the 41 Mentor in operation at that time, the works were carried out in the Material Area of Río IV.

Despite being a pure trainer, the T-34 served during the 70s as reconnaissance and aerial observation aircraft in search and attack of insurgent positions during Operation Independence, carried out on the soil of the province of Tucumán and in Operation Torrión.

The last days of the Mentor:.

Between 1996 and 1999, the former LMAASA proceeded to carry out structural reinforcement, avionics renewal and fine-tuning work on 30 still-operable Mentors, this served for a handful of copies to continue flying until the year 2011, at which time they are permanently discharged after almost 50 years of service.

On September 18, 2001, a fatal accident occurred during the baptism flight of the first-year cadets of the Military Aviation School, when one of the aircraft crashed after brushing the control tower with its wing, killing its two occupants. . From that moment on, the fame of the Mentor was undermined, but its operation continued, until on October 8, 2010, the E-046 crashed after taking off, due to a planted engine. Finally, in August 2012, the Air Force decides to decommission the venerable T-34 Mentor.

In 2002 and 2003, two second-hand units were acquired from the Uruguayan Air Force, which in turn had received them from the Spanish Air Force."

extract from here https://amilarg.com.ar/beech-t-34.html  (What a site!)

I strongly recommend you to fly it over the fantastic Gepard´s new Rio de La Plata terrain. Thanks boss!