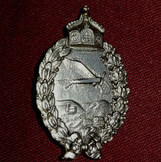 Over Flanders Fields Between Heaven and Hell Bloody April (video)