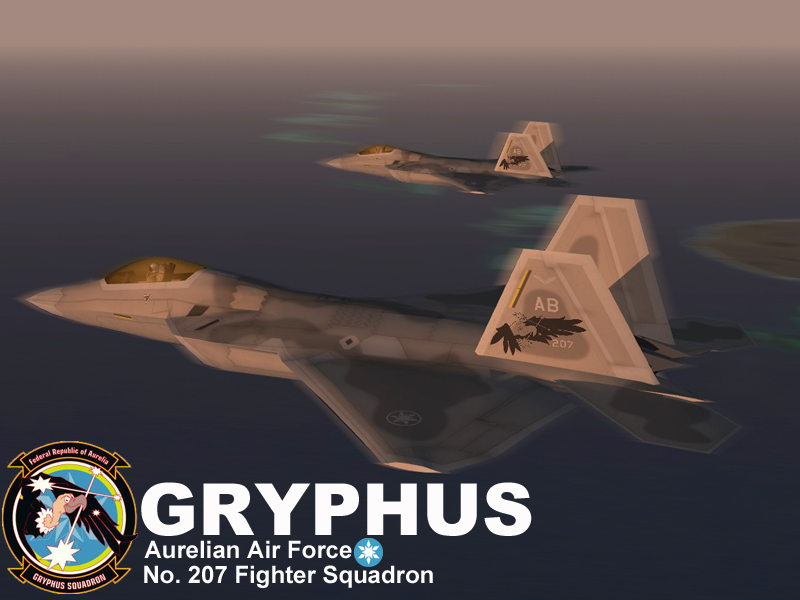 It's a paintscheme for the F-22A Raptor of the Aurelian Air Force, No. 207 Fighter Squadron "Gryphus", from the game Ace Combat X : Skies of Deception.

(You will also have to add a new nation Aurelia into nations.ini, instructions inside) 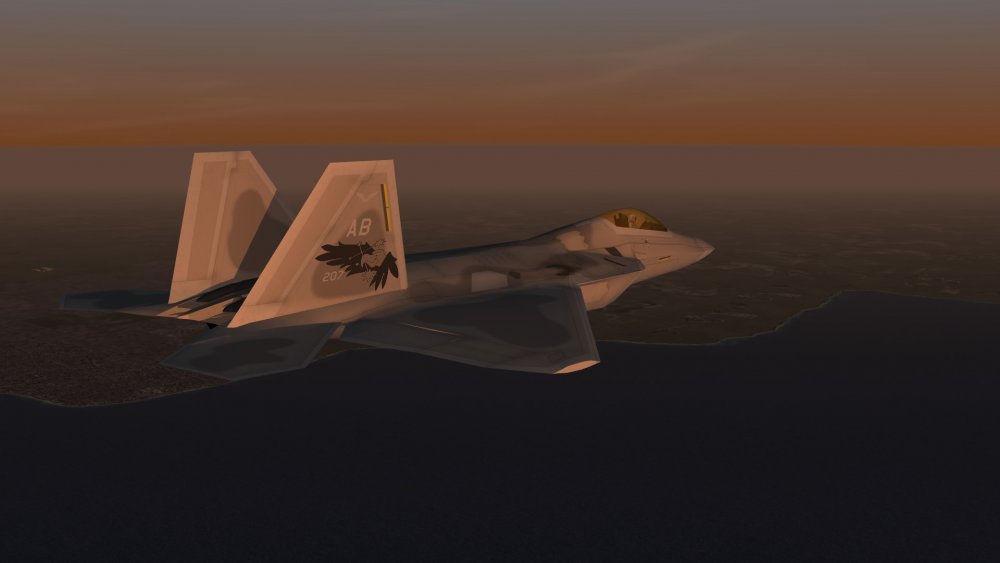 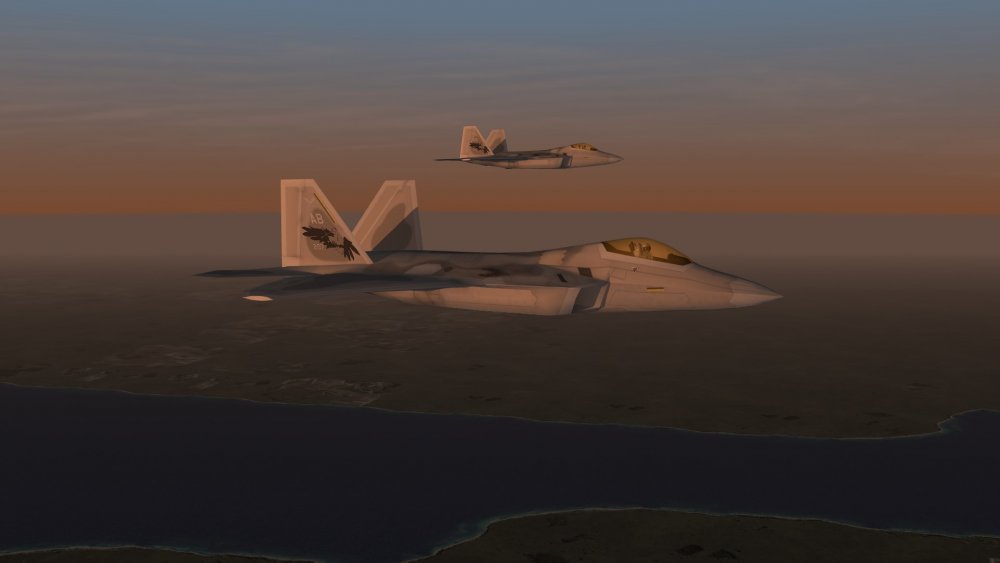 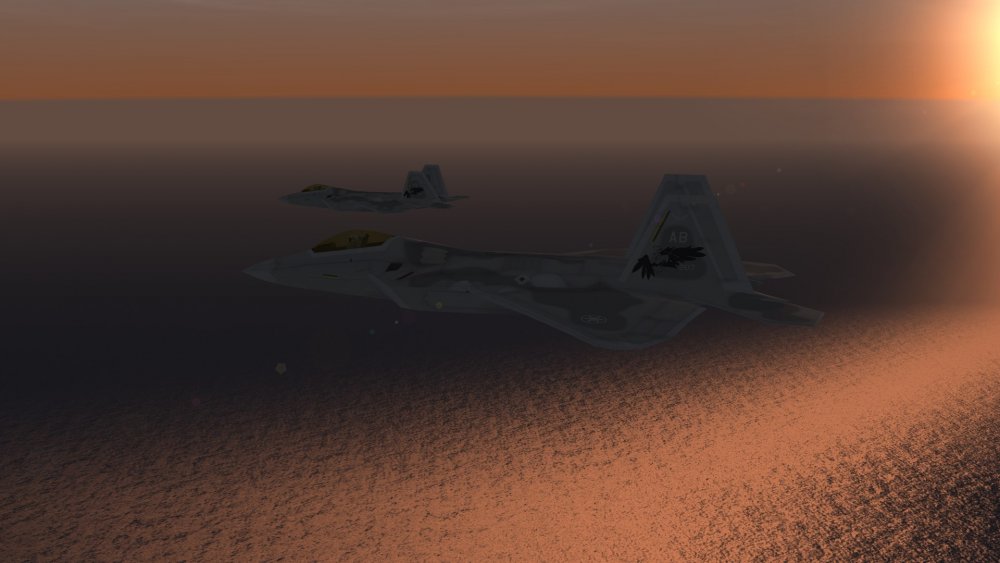 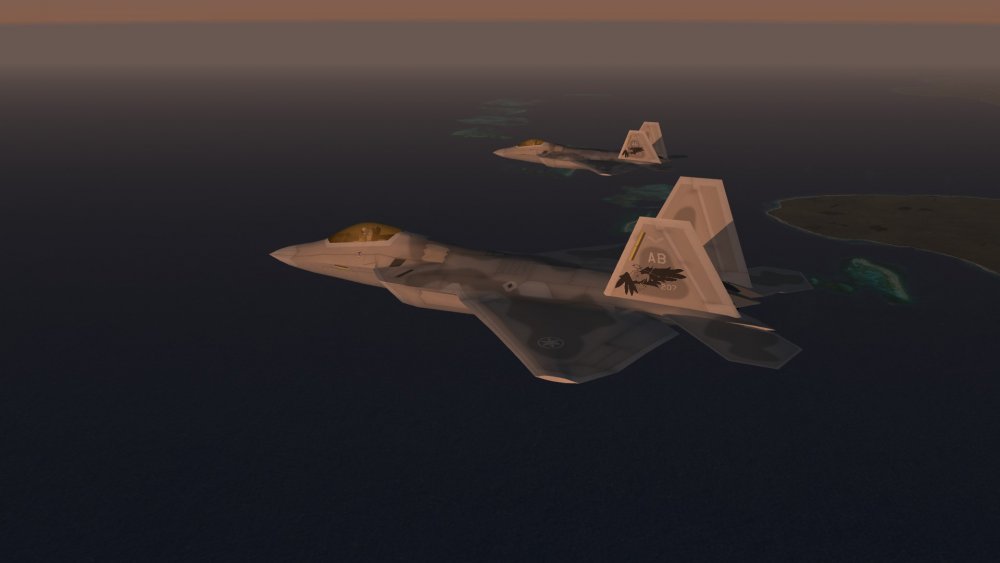