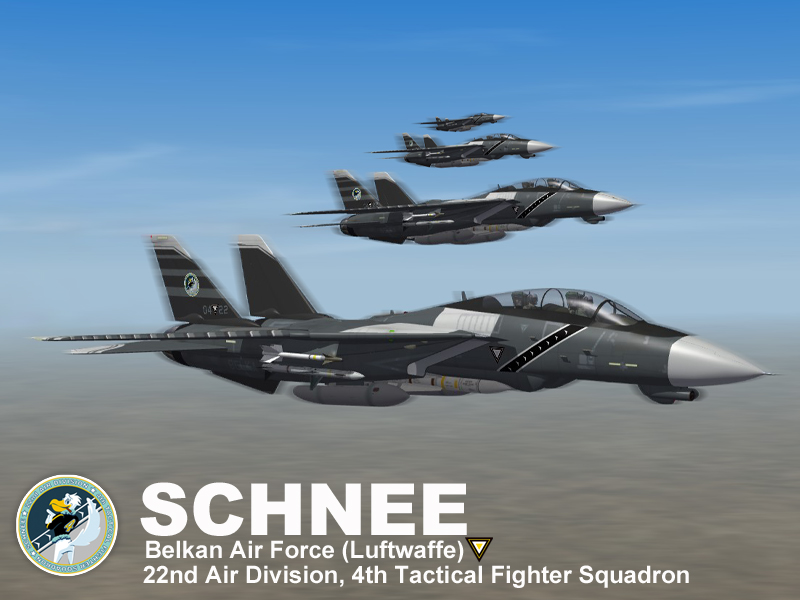 The Belkan Air Force 22nd Air Division, 4th TFS "Schnee" Squadron operated four F-14D Super Tomcat and one EA-6B Prowler. The Schnee pilots used their aircraft to their best in battle. Their tactics rely on confusing and surrounding their enemies. Their F-14D Super Tomcats engage at both short and long distances thanks to their BVR weaponry, while the entire unit is supported by an EA-6B Prowler (not included) which jams enemy radar.

It wasn't until the Schnee Squadron entered the fray in area B7R during Operation Battle Axe, that they encountered the Ustian 6th Air Division, 66th Air Force Unit 'Galm'. The battle ended with the entire Squadron being shot down in B7R. 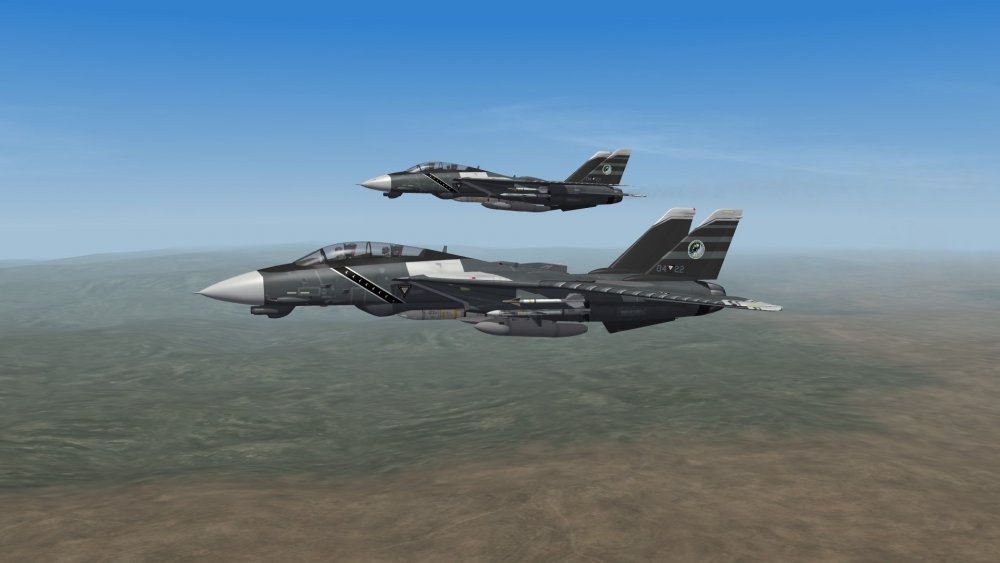 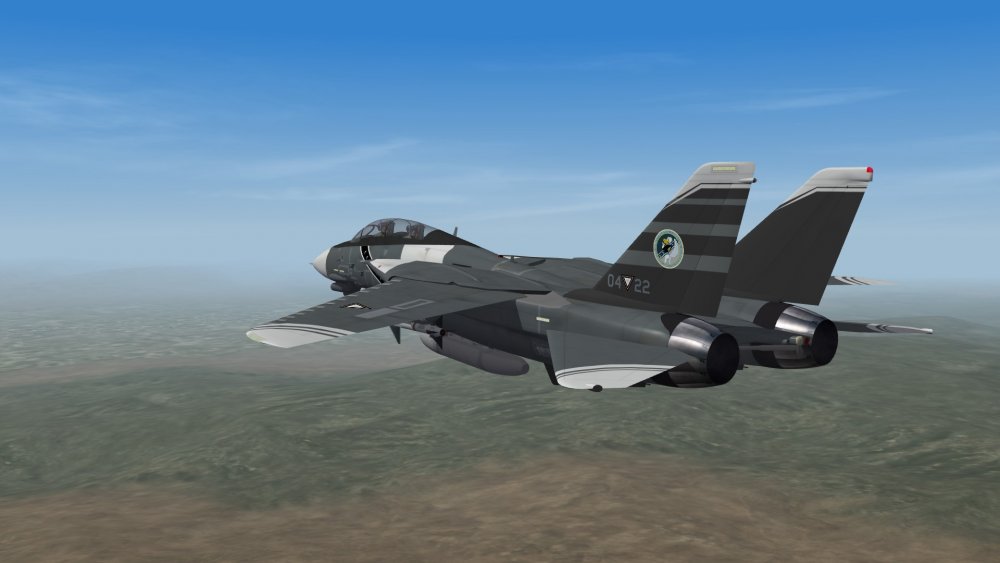 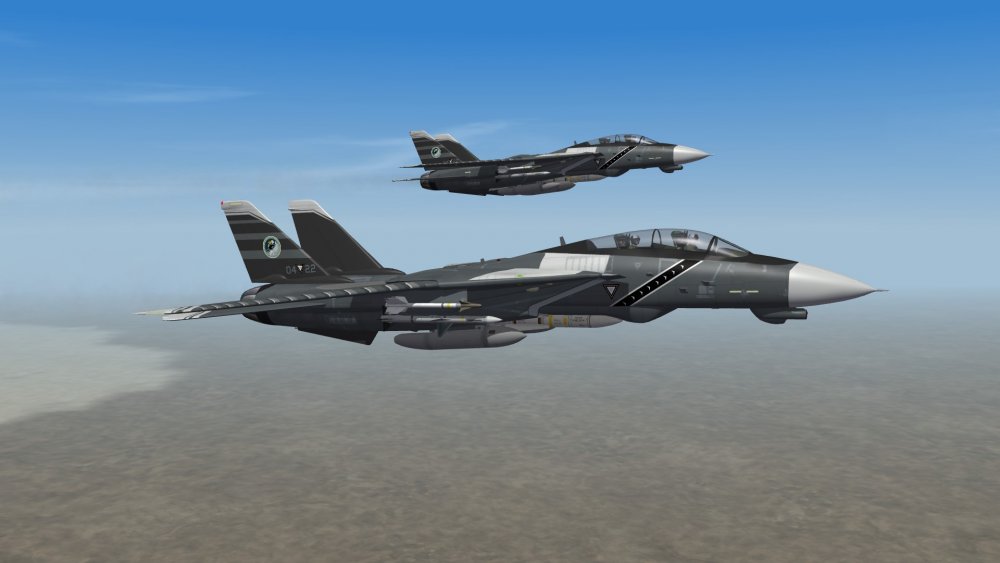 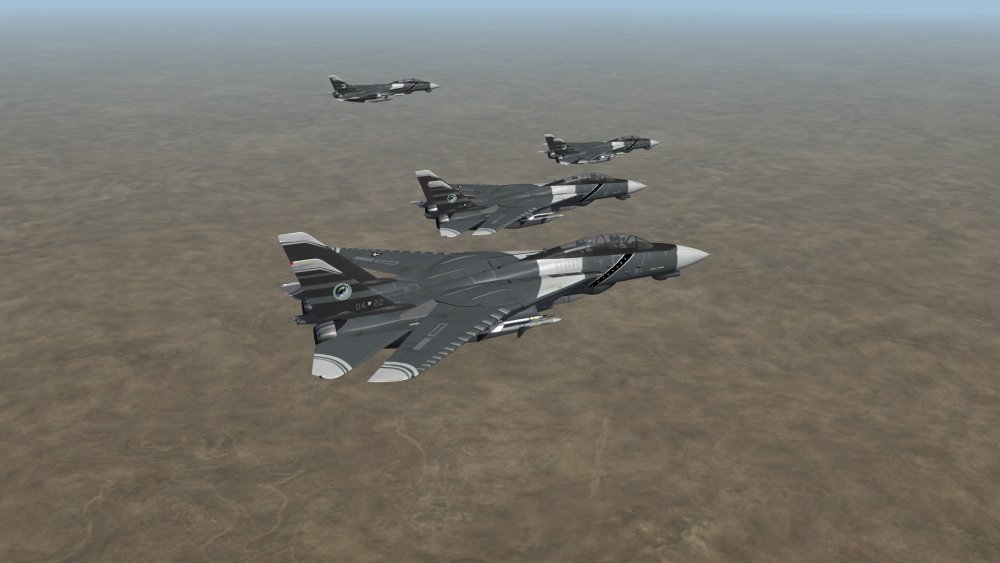 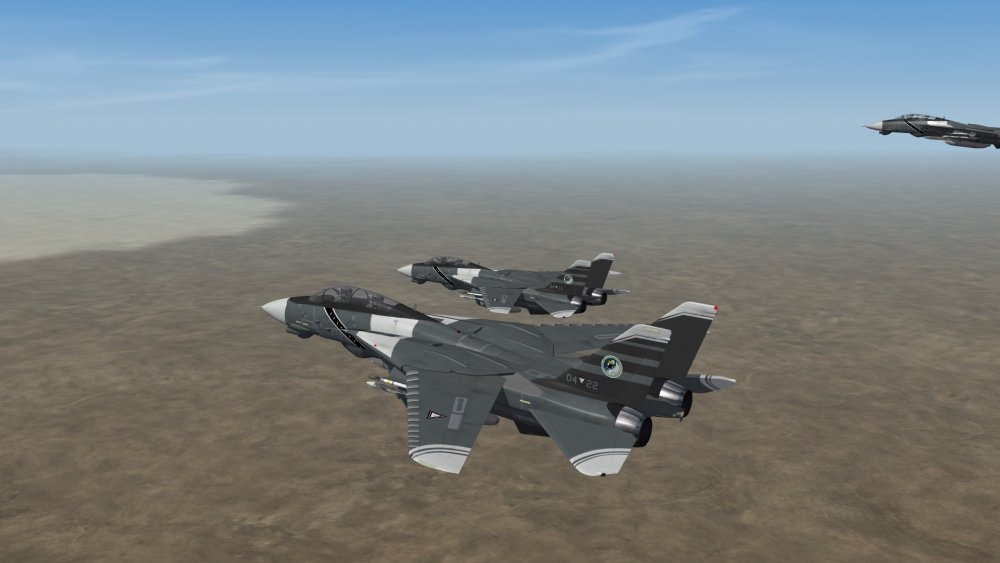 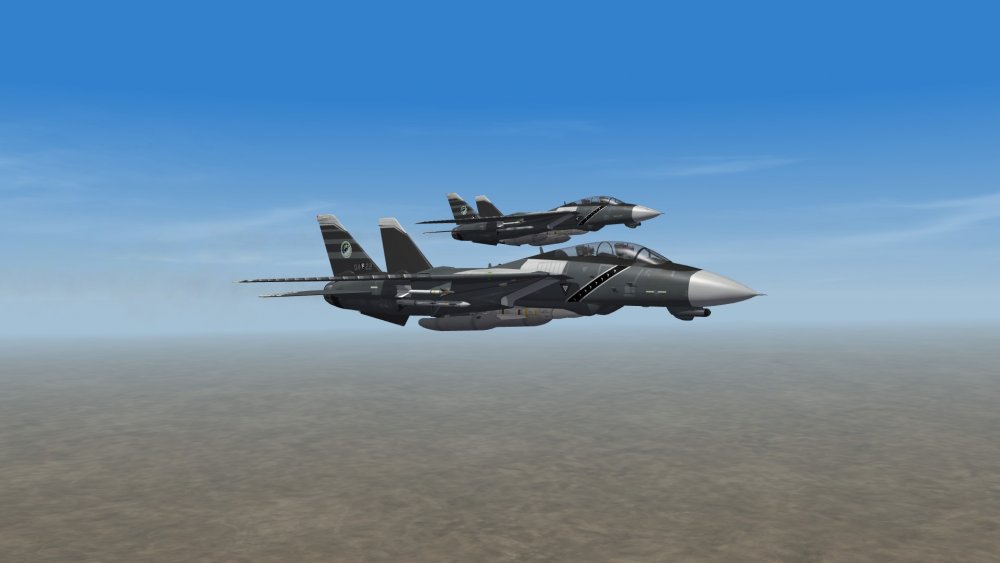 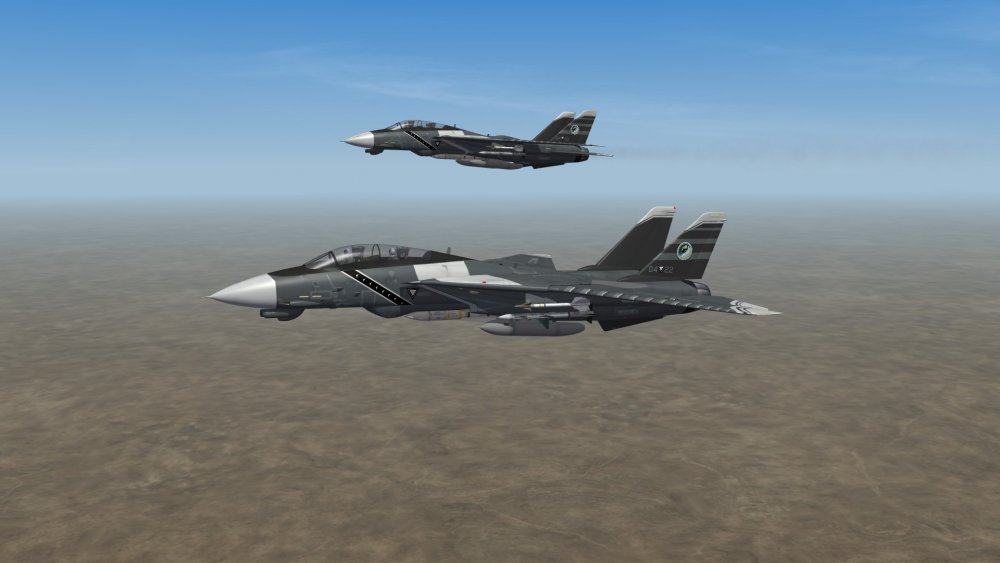 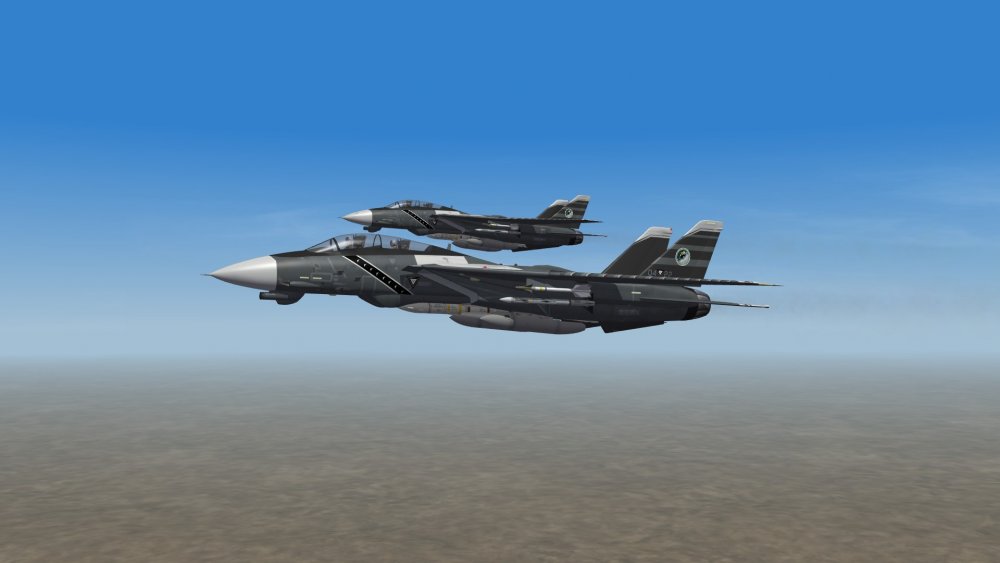