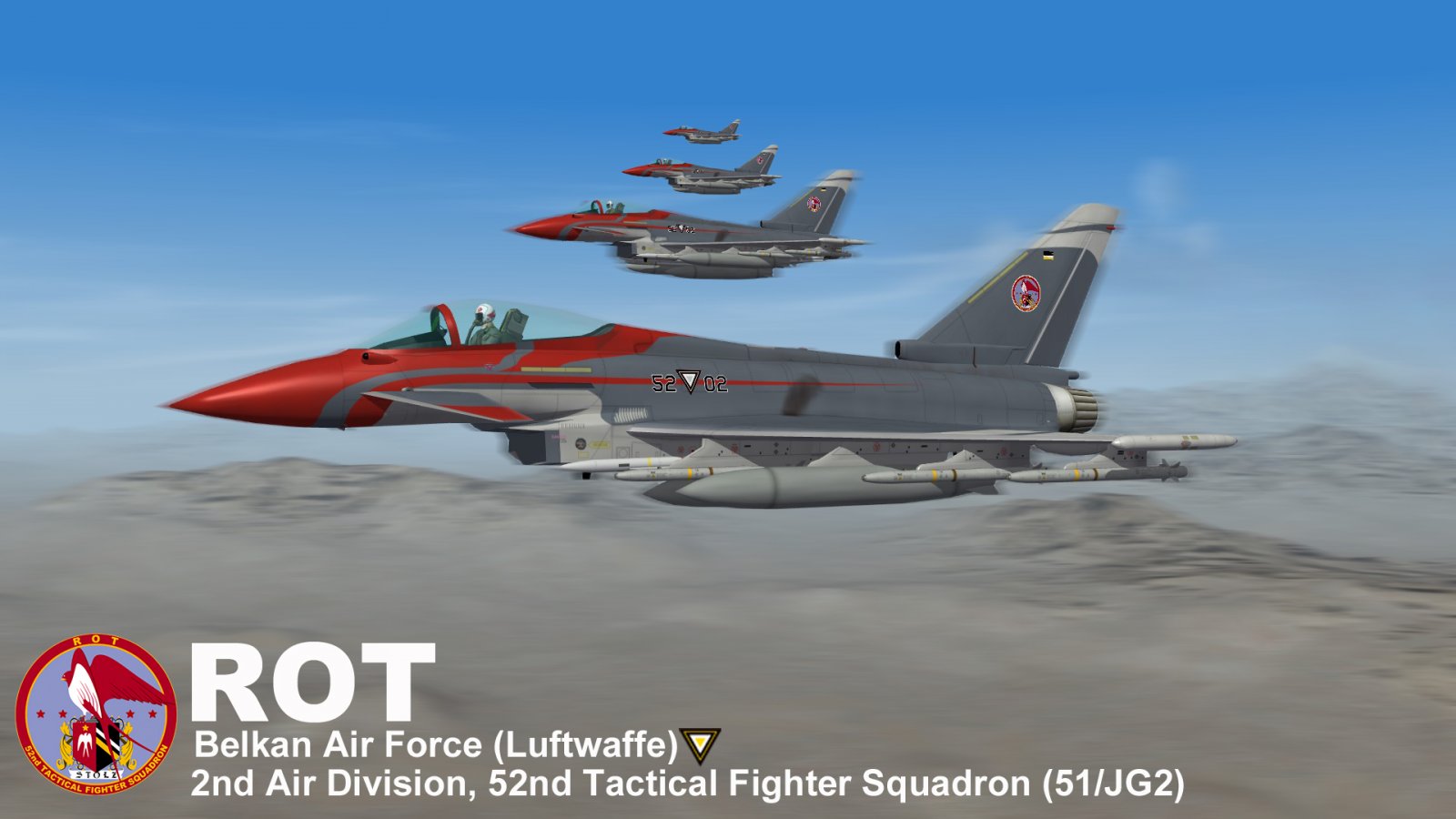 It's a paintscheme for the Eurofighter Typhoon of the Belkan Air Force, 2nd Air Division, 52nd Tactical Fighter Squadron "Rot", from the game Ace Combat Zero. For the Eurofighter-GmbH EF-2000 "Typhoon".

The Rot Team was an elite Belkan Air Force squadron that saw action in the Belkan War. Led by the ace Detlef Fleisher, Rot Team saw great success in the early days of the war, earning an impressive kill record. They fought with a deep sense of pride for their country.

In the early days of the war, the Rot Squadron was thought to be the BAF's ultimate air unit. Despite being a newer unit which had not seen any action before the Belkan War, Rot's kill score during the first months of the Belkan War was with great successes. The team was mostly centered around the flight commander, Detlef Fleisher, who was known as the BAF's "poster boy".

In March 1995, the Rot Squadron was scrambled to the Airspace B7R, widely known as the "Round Table", to engage two aircraft from the Ustian Air Force's 6th Air Division, which were conducting reconnaissance on the Round Table. The 2 squadrons clashed in battle, and in the end, all Rot aircraft were shot down by the Galm Team. Rot 1 was the only confirmed survivor after that battle in The Round Table.

(You will also have to add a new nation "Belka" into nations.ini, instructions inside) 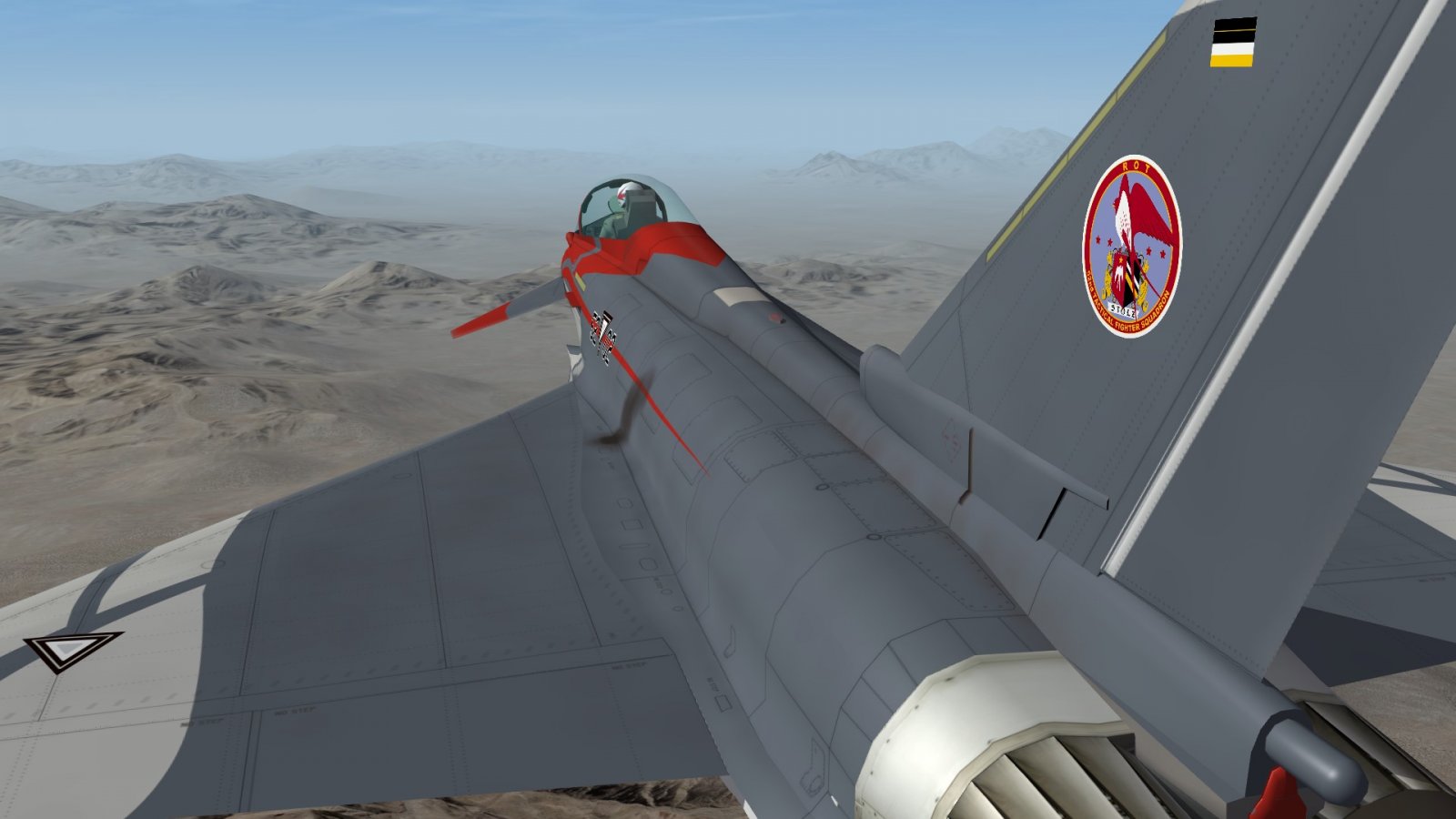 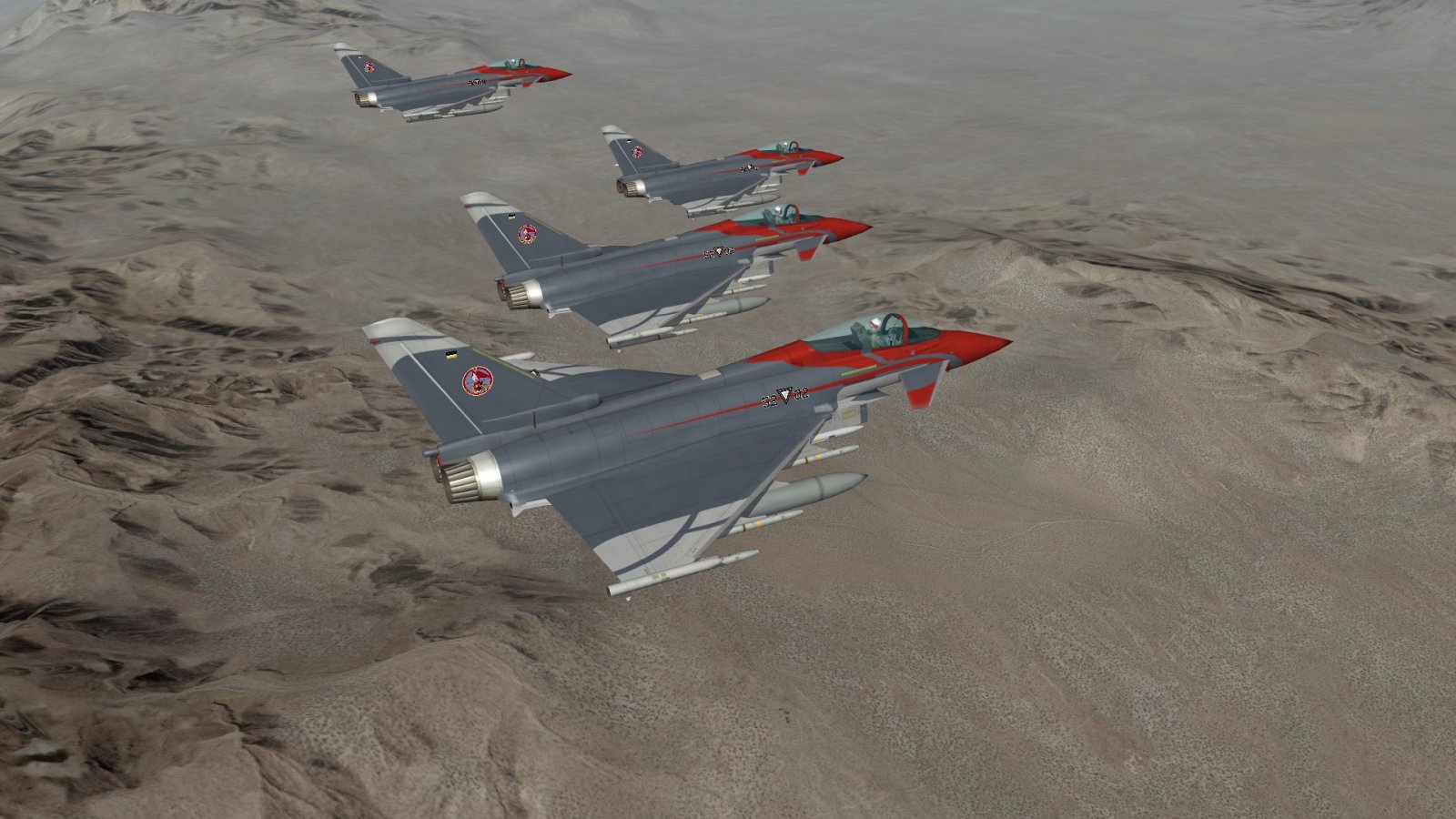 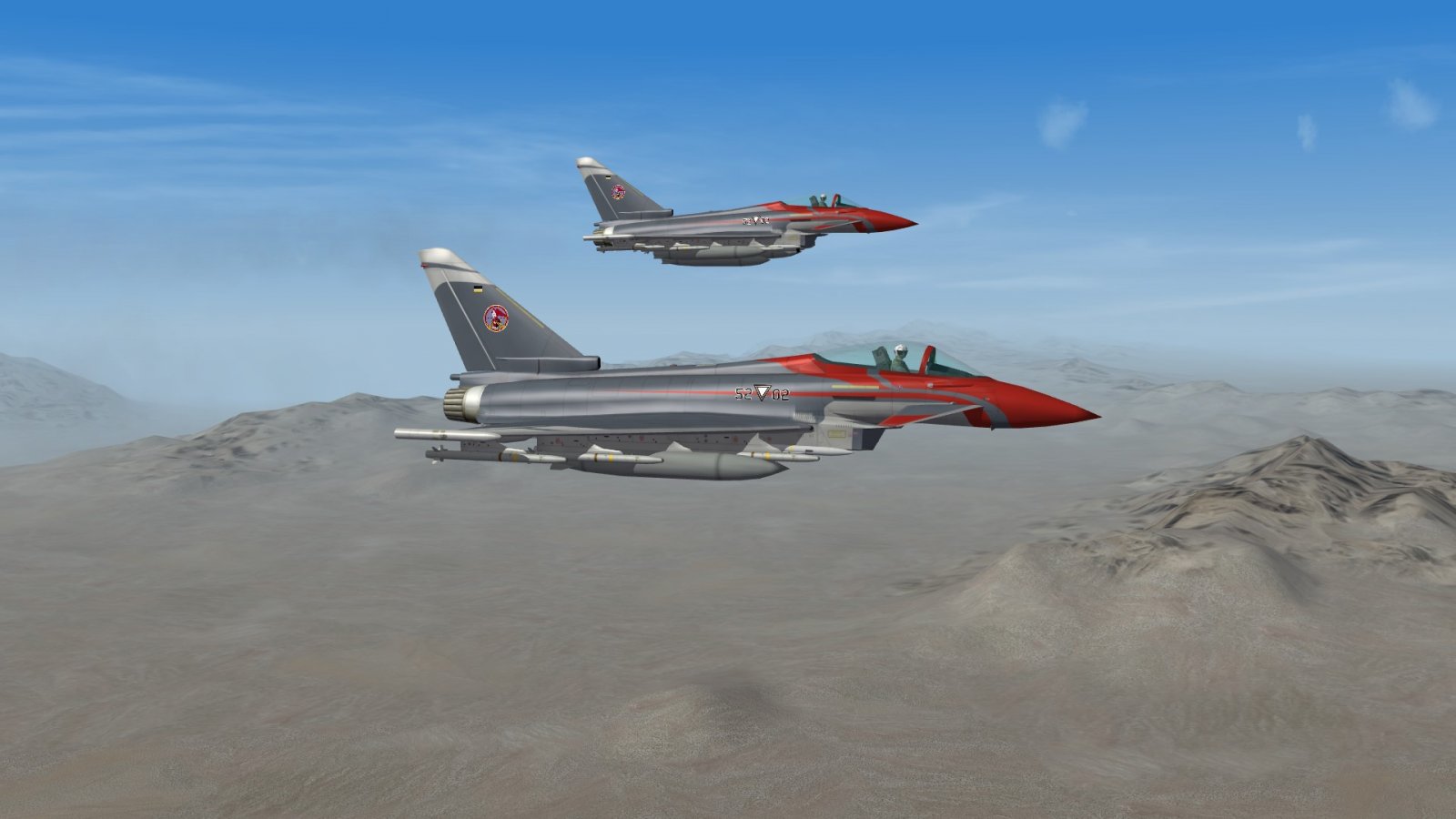 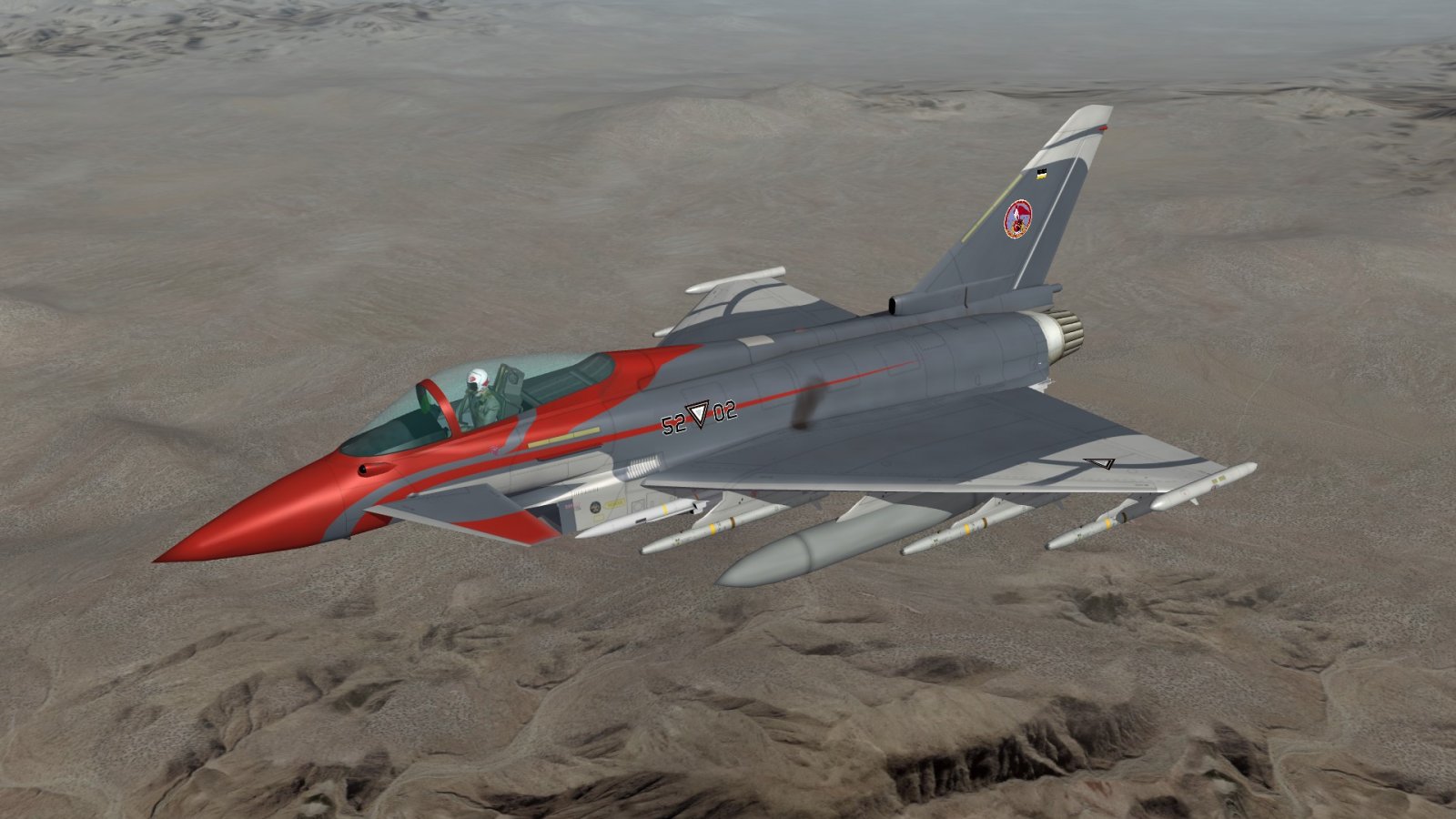 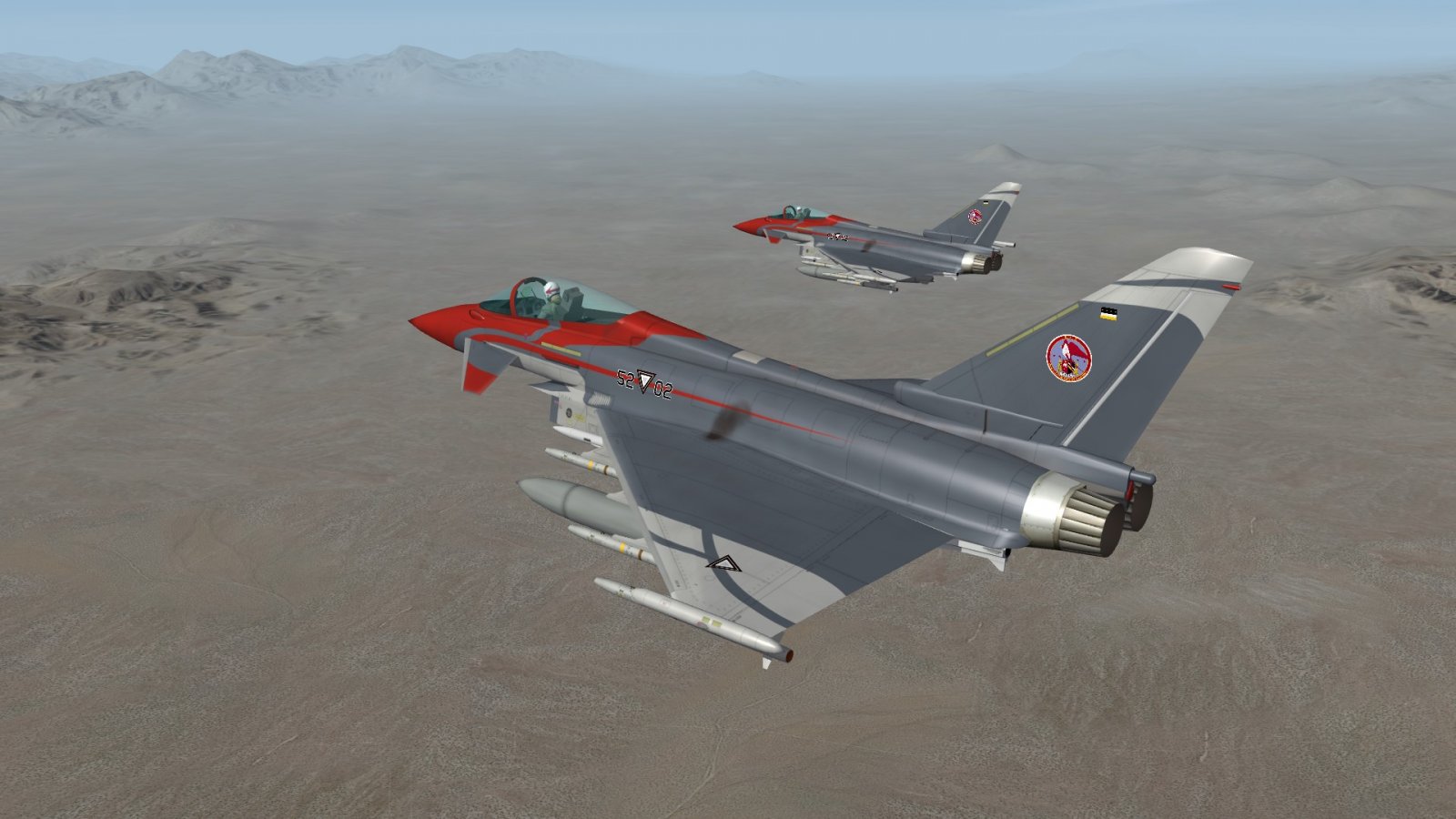