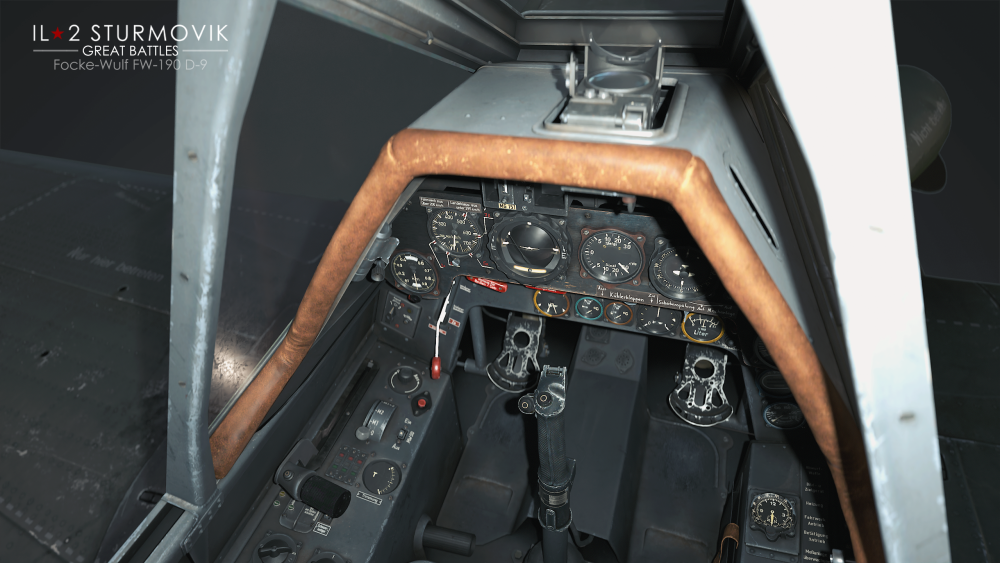 Some additional Hi-Res shots of existing planes.
Unless otherwise specified, these are HI-RES images of aircraft and vehicles in the SIM and are NOT an in-game engine render.

This is just showing off the artwork and detail.

By Menrva, November 24, 2022
I forgot I was a follower of Terrence Cole's YouTube channel containing just a single video about this OpenFA project of his. Well, just one hour ago, he posted a video about the release of an alpha version of his work. More links in the video's description. Apparently it's an open source recreation of Jane's Fighters Anthology engine. It does look good! Strike Fighters 2 WinX Edition is not going to happen, TK has been off the radar for so long. So I'm very curious about OpenFA. For the release to work, it seems it is required to at least install Jane's FA or one of its previous expansions/releases. 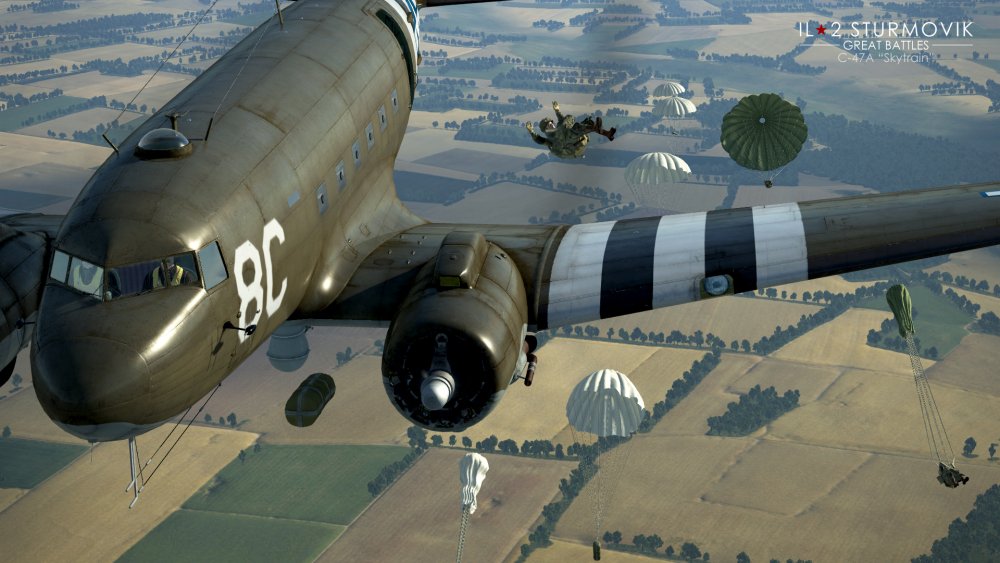 
Our team has finished the development of the new update 5.003, and it is released. This time we will launch three new pieces of new content at once.


The first object is the C-47 "Skytrain" we have talked about in Dev Blog #331. This big guy has been developed together with Yugra Media company which created the 3D model of the cockpit and updated the external model of this aircraft. It wasn't easy, but this plane is interesting to become familiar with. This most popular military transport plane of WWII is now available in Pilot's Career mode during the  Normandy and Rhineland timeframes. You'll be assigned missions like Cargo Delivery, Special Forces Paradrop and Cargo Paradrop (the second and third mission types can occur both during daytime and nighttime in Normandy career). We're hoping you'll enjoy flying it.

The second one is the Western Front 1918 map created for Flying Circus Vol. 2. At this time the flyable zone corresponds to the Rise of Flight map while the buildings and objects are placed in the two most important zones as it was planned for FC Vol.2: Amiens - Lille - Saint Quentin (North-West) and Thionville - Saint Dizier - Nancy (South-East). Both WWI maps, Arras and the new Western Front one are available to owners of either Flying Circus Vol.1 and Vol.2 as we have promised during the project announcement. We hope to continue WWI development in the future and complete the scene along the frontline. For now, the map is WIP even for FC Vol.2 and the development of Career and Advanced Quick Mission modes for it are ongoing. The Quick Mission mode for it is already available, while Yugra-Media continues improving the map itself.

The third new arrival is StuG III Ausf.G - we have talked about this steel German beast in Dev Blog #333. The modeled assault gun was created by MIAG factory using the Pz.Kpfw.III Ausf.M chassis produced by MAN factory. This combat vehicle is the  popular Ausführung G version. The most mass produced modification, numbered around 7800 units. They were armed with the 75mm StuK 40 L/48 gun with artillery periscope and equipped with Schurzen side armor sheets, smoke grenade launchers and an infantry MG34 stowed in the fighting compartment which was operated by an unlucky loader who had to expose himself to fire it.

The completion of StuG III allows us to present new Tank Crew editions: Premium and Deluxe. Tank Crew Premium Edition offers the complete Tank Crew - Clash at Prokhorovka experience by adding 4 Collector Vehicles to the already impressive list of 10 legendary combat vehicles. A detailed Prokhorovka map and two campaigns of the original Tank Crew. This Premium Edition is available on our website. The Deluxe Edition is available on Steam and includes Battle of Stalingrad in addition to all this. Either edition offers huge savings compared to purchasing its contents independently.

Of course, this is not all. For instance, Steel Birds campaign has been updated to accommodate the new tactical numbers system and is now available on Steam. There are dozens of other additions and fixes and the work on improving Great Battles continues. The full changelist follows:

Main Features
1. The "Western Front, Spring 1918" map is available in Early Access to all customers who pre-ordered Flying Circus Vol. 2 and to all owners of Flying Circus Vol. 1 as we promised at the time of the announcement. Quick Mission mode works already, the work on finalizing the map and implementing the Pilot's Career and Advanced Quick Mission modes for it continues;
2. The C-47 "Skytrain" transport plane is now available to all who have pre-ordered it. In addition to QMB and AQMG modes, this aircraft can be selected in Normandy and Rhineland Career mode timeframes;
3. The German StuG III Ausf.G assault gun is now available to all who have pre-ordered it;
4. AI-controlled tank Pz.Kpfw. V Ausf.G Panther added;
5. AI-controlled Morris C9B self-propelled anti-aircraft gun with Bofors 40/L60 cannon added;
6. AI-controlled Universal Carrier Mk.II added;
7. The variety and historical consistency of aircraft and tank tactical numbers in Quick Mission, Advanced Quick Mission, and Pilot's Career modes increased;
8. Added the ability to remove external fuel tanks on player-controllable T-34 and SU-122;
9. Smoke grenade launcher functionality added on player-controllable Pz.Kpfw.III Ausf.M, Pz.Kpfw.V Ausf.D, and Pz.Kpfw.VI Ausf.H1;
10. Improved structure damage modeling of WWI airframes under load (their G-limit drop from rifle caliber bullet hits is not as drastic as before).


Other Changes
11. The target distribution in AI aircraft groups has been adjusted. Priority targets like anti-aircraft guns are engaged by one to four planes in the group depending on the leader's AI level, other wingmen will choose other targets;
12. Steel Birds historical campaign has been updated. All flights are assigned tactical numbers according to the time period and specific unit, many other fixes and improvements were made;.
13. The animation of guns in turrets when switching positions has been corrected.
14. Turrets return to default positions when the crew leaves the plane.
15. The cocking animation when reloading the magazine has been restored.
16. Dynamic damage hit marks correctly appear on auxiliary armor panels on Fw 190 A-8, Fw 190 A-6, B-26B55 and others.
17. IL-2 mod. 1943: formation lights won't visually double at a distance.
18. USS Gleaves: torpedo launcher effects are aligned with its position.
19. USS Gleaves: torpedoes in the water are visible at a distance correctly.
20. Custom paint schemes won't have tactical numbers automatically assigned.
21. Normandy videos now have subtitles in Russian, Chinese, German, Spanish and French.;
22. Career ground attack aircraft escort missions won't be randomly generated in a corner of the map.
23. AI-controlled Ordnance QF 17-pounder gun now aims correctly.
24. Churchill IV gunfire sound replaced by a more suitable one.
25. PzKpfw IV Ausf.H is correctly visible at a distance.
26. PzKpfw IV Ausf.H model updated in many ways.
27. The PTK commander's panorama on SU-152 works correctly again.
28. Churchill speed indicators corrected.
29. Ferdinand gunner station now has a mirror for the bubble level indicator.
30. Ferdinand station notes (in-game help) updated.
31. Previews for T-34 mod. 1943 skins restored.
32. Fixed an error in submarines' torpedo launching algorithm, which sometimes caused the torpedoes to explode prematurely.
33. Radiator leakage effect excessive brightness has been reduced.
34. AI pilots won't sometimes taxi after landing in the wrong order.
35. AI pilots whose aircraft are unable to land will now be put at the end of the landing queue.
36. Tank fuel tanks can catch fire even if the engine is knocked out (previously this was blocked to prevent effects doubling).
37. In a case of MG misfire in a player controlled tank the cocking sound can be heard.
38. The disappearance of techno chat messages in Dogfight that could occur in a next flight after bailing out has been fixed.
39. Parachutes appear in multiplayer correctly when there is a wind.
40. The death animation of the A-20 top gunner has been corrected.
41. Yak-9 and Yak-9T: corrected the appearance of extended landing gear warning lights.
42. The rear landing gear of  Flying Circus airplanes leaves a correct sized trail on the ground.
43. GUI: the operation of the armament panel in the HUD when there are multiple switchable positions has been corrected.
44. GUI: fixed HUD elements "blinking" at commander's seat.
45. Airco DH4 wreckage appearance has been corrected.
46. Damaged Gotha G.V. airplanes look correct at a distance;
47. Mission Editor: Entente and Central Powers units are displayed in blue and red respectively.
48. Mission Editor: Entente and Central Powers countries are correctly displayed in the Order/Opposition lists in the object properties of the Location type.
49. Mission Editor: the Move Camera to Object command for objects in the mission tree now has a keyboard shortcut Shift+RClick. The right mouse button click with Shift on an object in the mission tree will move the camera to this object.
50. Mission Editor: the Set on Ground command now works recursively for objects in groups and for groups within other groups.
51. U-2VS: a missing rocket on the left wing was added to ammo variants #20 and #29.
52. Tactical number colors were corrected in scenario campaigns.
53. Bomb and rocket aiming helpers won't jitter when enabled. 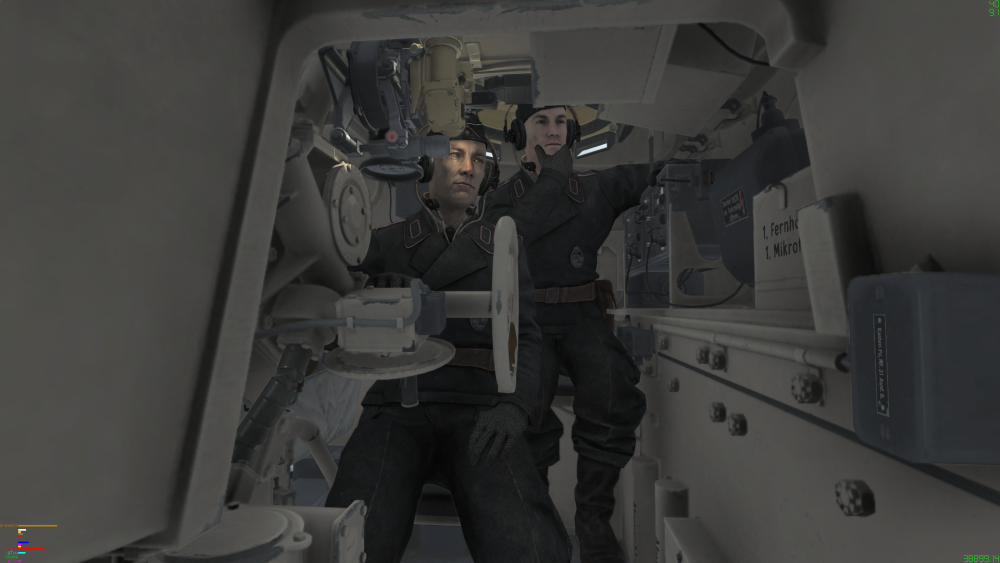 Here are some interior shots from the soon to be released StuG.  The exterior is still in final prep and not ready for presentation yet.

As soon as they are, I will post them as well. 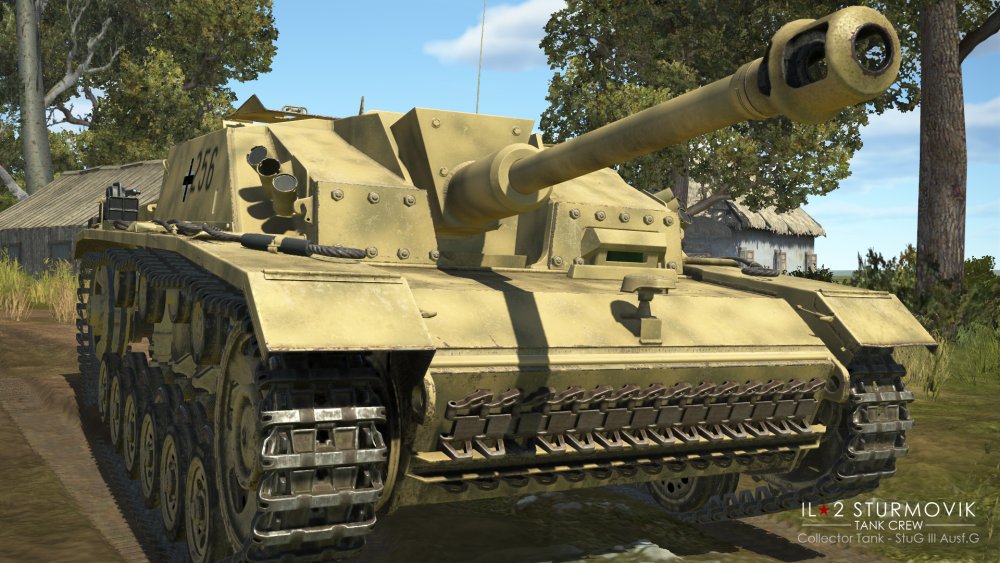 Very soon - next week - we'll publish the next update that is planned to bring (provided no critical problems are found during the beta testing) the long-awaited StuG III and C-47A, AND the WIP Western Front Spring 1918 map (!). We have told about the legendary Skytrain in one of our previous Dev Blogs, so today's star is StuG.III Ausf.G.

There were many StuG.III self-propelled guns produced during the war, more than 9000 units spanning around 10 modifications. The Ausführung G that is recreated by our very talented partners at Digital Forms was the later one, having the heaviest gun and armor of all of them. The vehicle represented was built on the Pz.Kpfw.III Ausf.M base, so it has nearly the same chassis, engine and transmission. The fighting compartment, however, was completely rebuilt: replacing the turret with the welded armored superstructure granted it enough internal volume to accomodate the bigger 75 mm StuK 40/L48 gun. Its barrel and ballistics are similar to KwK.40 L/48 installed on Pz.Kpfw.IV Ausf.G and later ones. This gun used the same ammo as 7,5 cm Pak. 40 AT gun.


Unlike the tank gun equipped with a telescopic gunsight designed for direct fire, the StuG.III gun had Sfl. ZF 1a artillery periscope marked for thre ammo types - APHE, sub-caliber AP and HE. Late StuG III modifications were equipped by infantry MG34 machinegun with box magazines stored in the fighting compartment. To fire it, the loader had to get out of his hatch, raise the armored shield and set the machinegun up in one of the two positions - for firing at air or ground targets. Schurzen armor plates for protection against AT rifles and shaped charges could be also installed.


Six one-shot smoke mortars could be also installed. Sure enoungh, not only we modeled them in the game, but we couldn't resist and upgraded the two previously released Tank Crew tanks with this weapon - Pz.Kpfw.III Ausf.M and Pz.Kpfw.VI Ausf.H1 Tiger.


All in all, StuG.III is a light enough to be maneuverable, but also has a good frontal armor protection and a powerful main weapon. As we mentioned above, it will be available to its owners very soon. 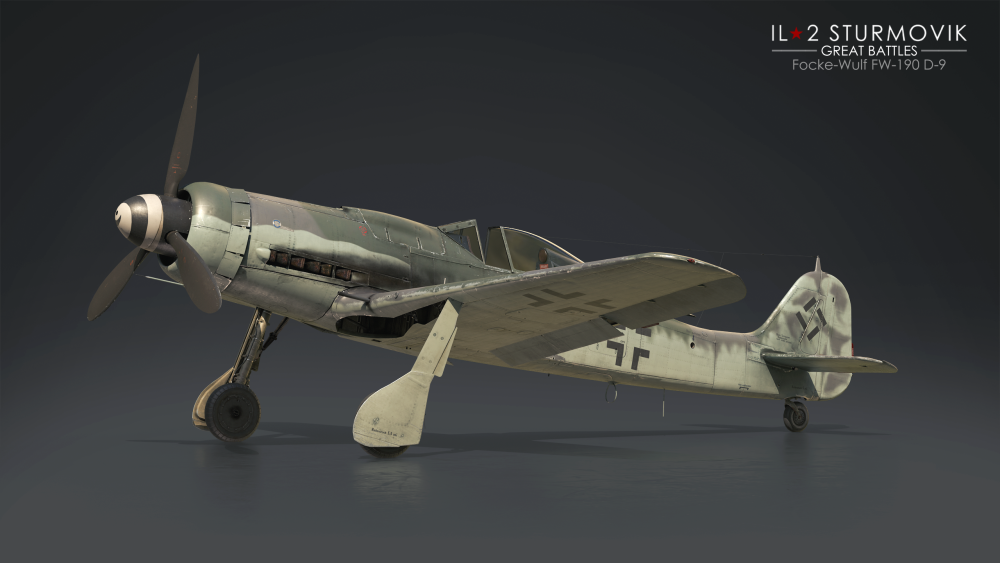 Good Day and I hope you enjoy your time. 1C is under a new CEO and on the 9th November we will learn more about the direction the company will go in the future.
Until then, let me show you some nice render of the ingame models for the Great Battle Series. There will be more to show in the future and I hope you guys will like it.

You can discuss it here and enjoy the bright future of this Series.
Wish you fun and always enough air under your wings.


Portal by DevFuse · Based on IP.Board Portal by IPS