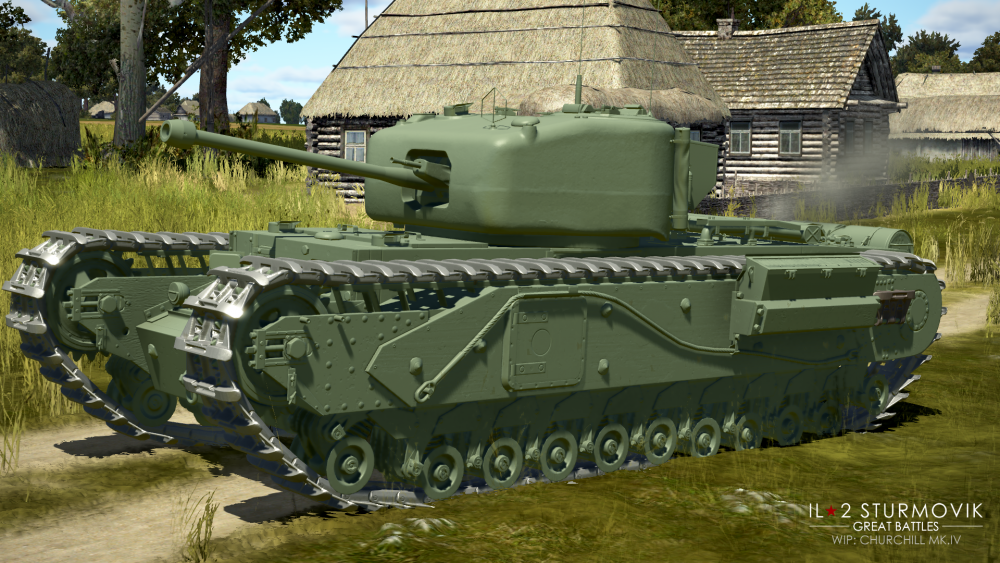 A quick update on all that we are working on at the moment. We are preparing version 4.703 for release for middle of next week. Assuming, of course, no last-minute show stoppers arise.

Update 4.703 will include three large planes – the JU 88 C-6, Gotha G.V. and Handley Page O/400. This brings some heavier metal to BON and some err… heavier lumber to FC2 I guess you could say.

The Gotha, as it was in ROF is a handful to fly. See if you can master it! The Sopwith Tripe is also entering its later stage of development and will be in our next update.

4.703 also includes 40+ smaller tweaks and improvements including items such as:

- New sky technology and improvements to lighting. Should see a reduction in overall blue tint.
- Improvements to the appearance and lighting of snowy landscapes.
- The position of heavenly bodies now depends not only on time and date, but also on geographic coordinates (including when moving around the map).
- Quick Mission GUI now includes the ability to set any time of day with clues as to Sunrise, Daylight, Sunset and Night-time scenes.
- AI with mixed cannon and machine gun armaments shoot more accurately.
- Fix to the landing lights that are visible from far away issue.
- Added the Ju-88 C-6 to Stalingrad Career mode with III./KG76 and for the Battle of Kuban 7.(Eis)/KG 51 and 9./KG 55.
- Squadron II./JG 3 for Pilot Career Battle of Stalingrad moved from AI to player controllable
- Squadron II./KG 76 for pilot career Battle of Moscow and Battle of Stalingrad moved from AI to player controllable.

After much research and bug chasing, our engineers discovered clear issues with our modeling of some aspects of the Bf-109 airframe, which in some situations made their performance quite unrealistic. So, we have made some changes to most Bf-109 variants relating to the over-modeling of propeller performance and aerodynamics. Version 4.703 will include the following changes.

The goal was to be more accurate overall, so in some cases speeds may be bit lower at sea level, but higher at rated altitudes and climb-rate may be a bit slower. But in some cases, turns may be quicker, but acceleration a little slower.  As usual, we have used a mix of German and Soviet sources to try to get a more accurate picture.

Also, Fuel System work has progressed to a late stage and has been in Beta testing, but the Beta testers continue to find issues that need addressing, so work continues. Its very frustrating, but we continue to work on it.

And before we sign off for the week, here are a few pics of the Churchill Mk.IV tank being tested and tweaked in our virtual proving grounds.

WOFF BH&H II V1.22 UPDATE for 'Recon Wars' is now available.  It adds a few new settings in Workshops for Recon Wars, with some other items. Version 1.22   25/03/2022
1)     Revised Flak Textures
2)     Fixed an XML compatibility issue in Simulation.xml
3)     Workshop settings for either disabling, enabling or allowing the user to decide 'on the fly' what to do in bad weather in campaign, now extends to allow users to control what he wants to do on Poor Recon weather days.
4)     Cancelled Flights due to Weather:- Time now always advances by 1 day only.

OBD Software are pleased to announce our ‘Recon Wars' expansion is now available as
an incredible feature-rich FREE update to V1.21 for WOFF BH&H II users! Please see our website for more info!      You can also download the complete Recon Wars Notes and how to play below.
OBD_BH&HII_RECON_WARS_Notes.rar 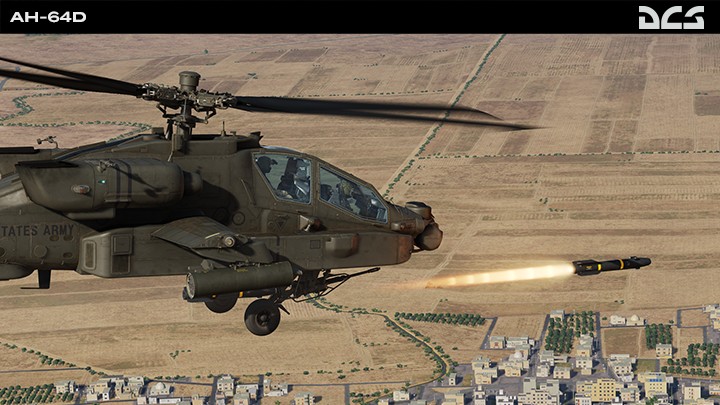 Dear Fighter Pilots, Partners and Friends, The latest DCS Open Beta is now available, and we are excited to announce DCS: AH-64D as the ultimate addition to your hangar. This iconic aircraft served in decades of operations and lives on forever as a legend. Watch the launch trailer now.           DCS: AH-64D is one of the most complex projects we have undertaken, and it has pushed our team to new heights. The Early Access features are now complete and we thank you, our faithful community, for your patience and support. We look forward to your feedback and comments with great eagerness. Thank you.   Thank you for your passion and support.   Yours sincerely, Eagle Dynamics Team   AH-64D Out Now Early Access   The legendary AH-64D has flown into Early Access and we are already overwhelmed with the response from the community. Thank you to those of you who have made this dream come true and to all the pre-release sales we received. The trust you have bestowed on us is extraordinary and we recognise and admire all of you who supported us during these 6 months. We hope that you won’t be disappointed. Thank you! The AH-64D is a revolutionary development in the history of war. The flying tank is designed to withstand massive impacts and inflict serious damage. It can operate during the day or night and even in all weather conditions. Please check out the launch trailer.   AH-64D Early Access Development Report At Early Access release, the AH-64D includes a rich feature set that will allow almost endless gameplay. This includes near-complete external and cockpit art and animations, including new pilot models. Most of the avionics systems are fully operational such as; the Tactical Situation Display (TSD), the Integrated Helmet and Display Sight System (IHADSS) and numerous Multi-Purpose Display (MPD) pages. Early Access sensors and weapons include the Targeting Acquisition and Designation Sight (TADS), Pilot Night Vision Sensor (PNVS), night vision goggles, laser-guided AGM-114 Hellfire missiles, Hydra 2.75” unguided rockets and the M230 Chain Gun. Flying the AH-64D is made easy with its advanced flight control system. Online multi-crew is available at Early Access and single pilot or gunner operation is truly special thanks to our advanced ‘George’ AI. In the coming months following Early Access release, the Fire Control Radar (FCR), radar-guided Hellfire missiles, datalink between flight members, and more will be made available.   AH-64D Pricing Early Access Early Access Program DCS: AH-64D Now available Download › DCS: AH-64D Pricing Policy The AH-64D is available in Early Access and will soon be in Free to Play for you to enjoy for 14 days to test fly before you buy. Also, do not forget to take advantage of the Early Access 20% discount on DCS: AH-64D. We are truly looking towards your initial comments. Thank you again for your patience, passion and support,   Yours sincerely, Eagle Dynamics Team

9 March 2022.     OBD is pleased to announce that our 'Recon Wars' add-on - a free expansion to BH&HII has now entered Beta test phase, so not too long to wait now! It will be released as a free update V1.21   We have updated the website with a large section in the News page, covering all the new exciting features for 2 Seater pilots. Please check out the News page for all the details, including how to use the new features. 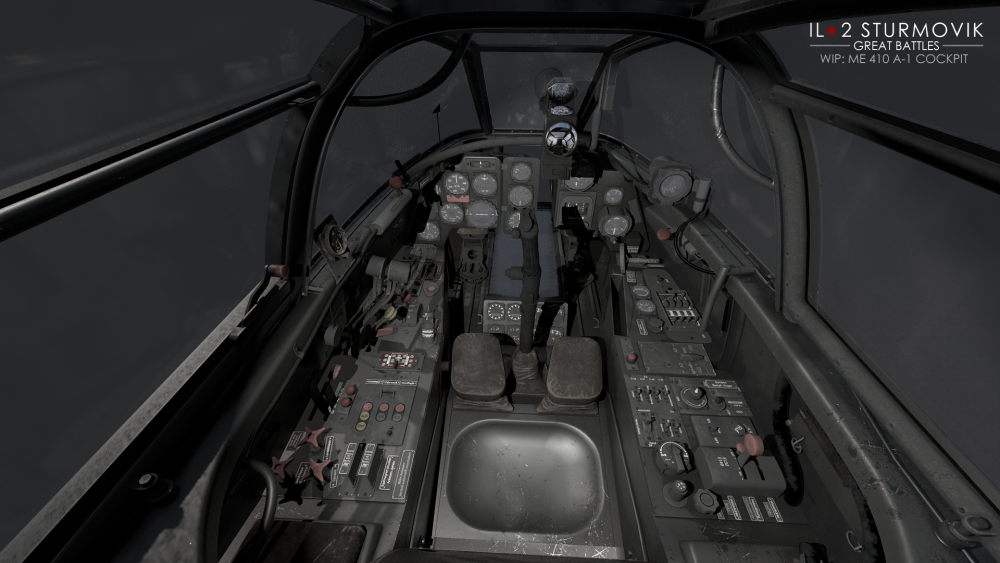 Today’s DD brings us some very cool renders of the Me 410 A-1 cockpit. It’s a very unique cockpit and has been a challenge to build, but it’s looking great now and heading into the final stretch. We continue to work on our next update which we hope will be next week. It will be a good one with the new sky and new airplanes like the Ju 88 C-6, Gotha G.V. and we think possibly the Handley Page O/400.


And our colleague =DED= Rapidus just handed me a link to a short video of our new sky and Ju 88 C-6 in action that he filmed while testing the Beta. You may want to check out. Has some funky beats. 🙂