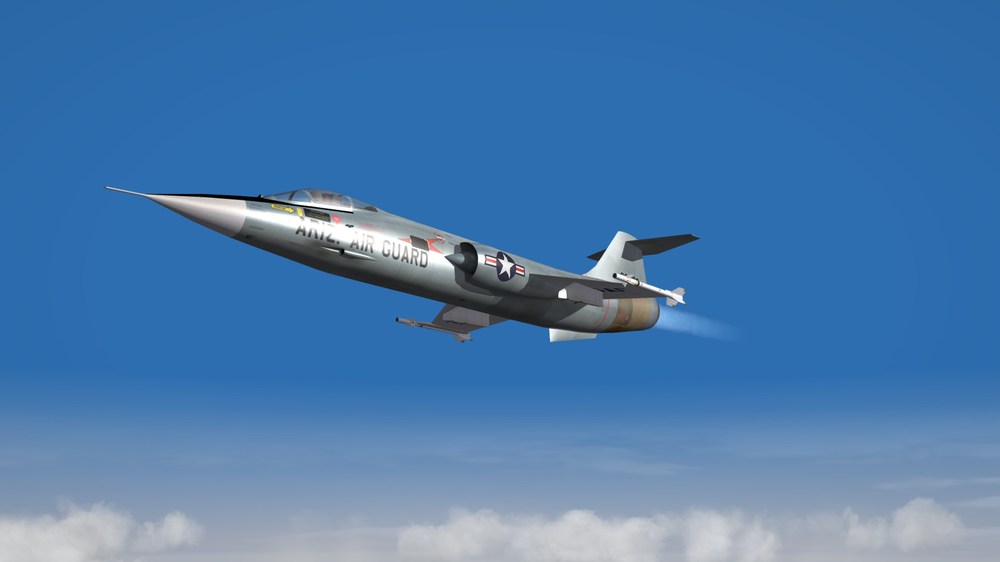 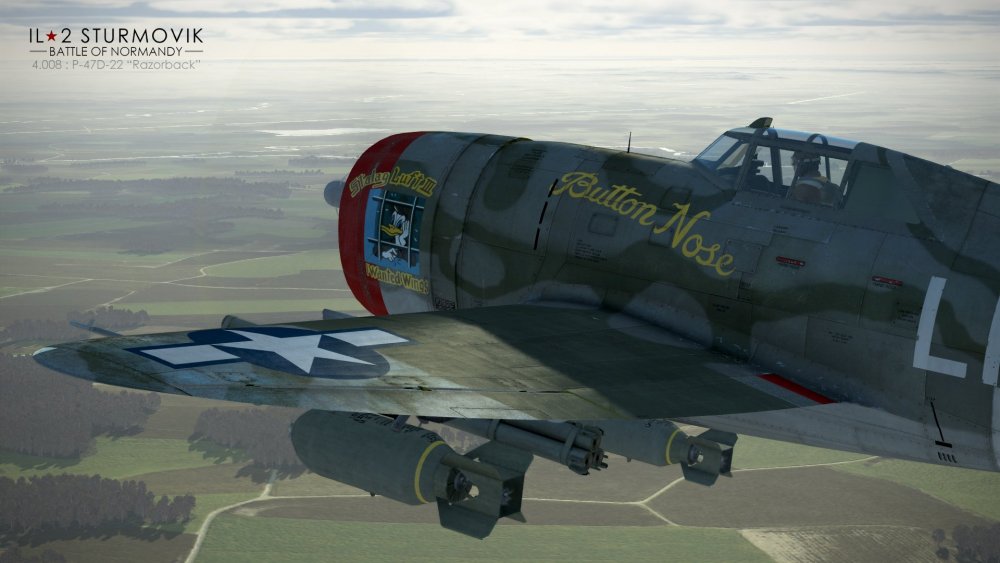 Dear Friends,   Continuing from the previous Dev Diary, this time we'll tell you about the second important addition (well, depending on your personal preference it may be the first important addition actually) coming in our next update - version 4.008. The P-47D-22 "Razorback", the first aircraft of Battle of Normandy, will kick off the Early Access program for this module.     The main difference from the P-47D-28 you have flown in Bodenplatte is the cockpit canopy design with significant canopy framing and dorsal spine behind it. The front part of the canopy includes two angled parts and a windshield center post that would have blocked the view through the gunsight if it was installed in the center, so the gunsight was moved to the right like in the German fighters. The space between the gunsight and the angled windshield parts is occupied by the armored glass protecting the pilot from fragments and small-caliber projectiles coming from the forward hemisphere. On the top of the framing, a rear-view mirror is installed - it was standard-issue, not an optional modification. Contrary to the P-47D-28, the canopy was opened in a classic way, manually, and not by a fancy electric motor.     The "Razorback" had a different propeller than the D-28 and the propeller pitch was controlled by hydraulics, not an electrical drive which had no manual mode. The P-47D-22 can use high-octane fuel, which affects the engine power, and the good news is that P-47D-28 will receive this option in the next update as well. As we have stated many times before, we don't forget about a module after its release date and will always continue to improve it and add new features whenever possible.     While we were working on the Razorback, its successor from Bodenplatte got the same flight model refinements as well: for instance, the effectiveness of the flaps has been reduced somewhat and the aircraft behavior beyond stall angles has been corrected - it won't stall so unpredictably and will indicate the coming stall by buffeting and lowering the nose. The load on the control surfaces have been corrected as well - the ailerons are affected by the ram air a bit earlier, but the load increases at higher speeds more smoothly and the elevator load at high speeds was also reduced somewhat. The Mach number effect on the controls has been additionally adjusted. Overall, this resulted in better compliance with the reference data for roll speed and increased Mach-tuck tendency at high speeds. In general, P-47 now feels more like a heavy machine it was.     It is interesting to note that while Razorback was an earlier model than D-28, it has a bit higher climb rate and significantly (+27 kph) speed at emergency engine mode. To a degree, this difference comes from a different propeller, but mainly it was caused by the dorsal spine. Bubble canopy, while being vastly superior for offering a much better view, creates flow swirling behind them. Dorsal spine fairing increases the lift-drag ratio of a plane.     Bodenplatte fans will be happy to hear that we are going to insert the D-22 into the BOBP Pilot Career once the plane is finished. Some Razorback models were still in operation during this period so you will be able to fly them and against them in the BOBP Career before the Normandy Career is ready. However, you will need to have purchased BON to have access to their cockpits in BOBP. This gives an added benefit to participating in BON Early Access. Would-be Razorback pilots - it's time to enlist!    To complete today's Dev Blog, we would like to showcase another improvement that we did exclusively for our previous projects - new early Luftwaffe pilot winter uniform which will be later used for all fighters and then bombers from Battle of Moscow and Battle of Stalingrad: 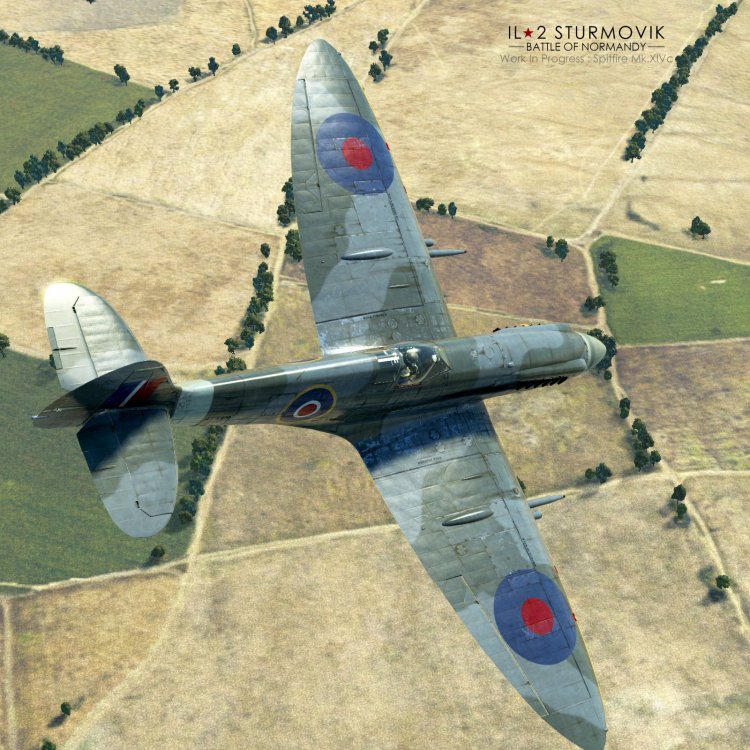 Today there will be a very small issue of diaries for the reason that we are preparing a release candidate for version 4.008, which we told you about before, we are doing the final tests so there is a lot of work and little time. However, even if this DD is short, it’s still significant - because for the first time we will show you screenshots of one of the English planes that will be in Battle of Normandy – the Supermarine Spitfire Mk.XIVc.

In fact, this aircraft will have an additional modification with heavy machine guns, the Spitfire Mk.XIVe, but we will show you that version a bit later. This plane is quite different from the MK. IX Spitfire, which was previously included in BOBP. The main thing that catches your eye is the massive 5-rotor Rotol propeller, driven by the Rolls-Royce Griffon engine. To provide a much more powerful engine with sufficient cooling, radiators of a larger area are installed on the aircraft. Also, the tail area had to be increased for added stability.

The aircraft will be presented with two types of weapon configurations - modification "c" with two 20mm guns and 4 x 7.69 machine guns, and modification "e" with two 20mm guns and 2 x 12.7mm machine guns. A 150-octane fuel option will also be available causing the already powerful engine to develop up to 2,200 horsepower. Work on this legendary aircraft is at a rather early stage, but much has already been done as you can clearly see in a small selection of screenshots: 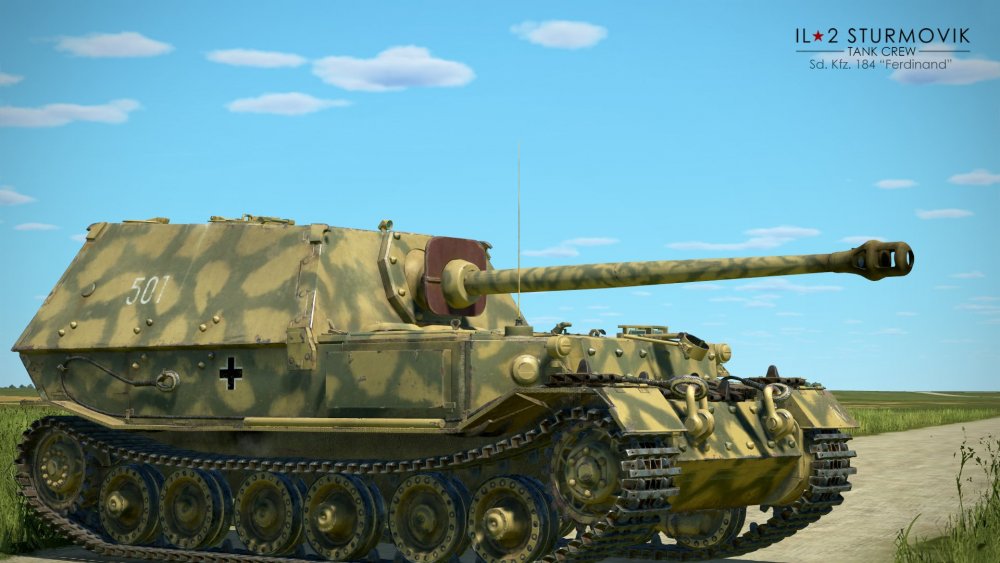