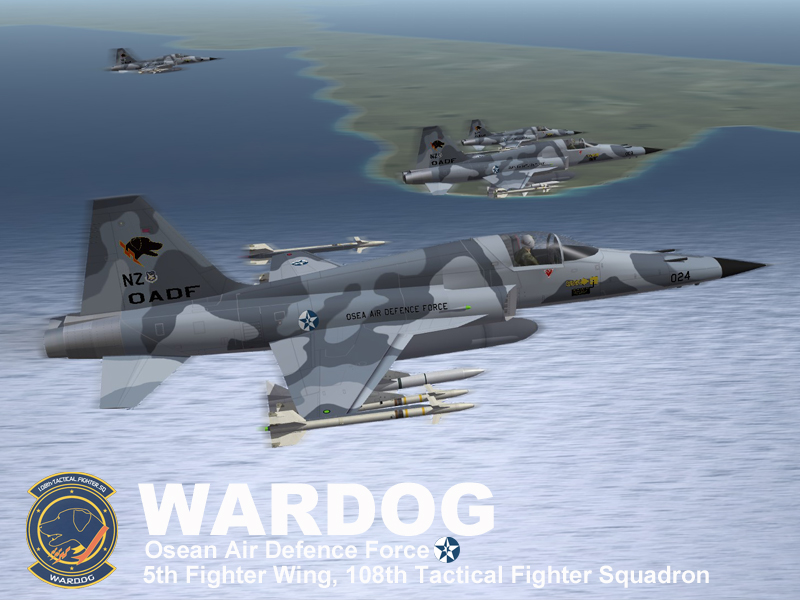 It's a paintscheme for the F-5E Tiger II for the Osean Air Defence Force (or Defense if you're American, or in this case, Osean), 5th Fighter Wing, 108th Tactical Fighter Squadron 'Wardog" from the game Ace Combat 5.


Wardog Squadron was at the forefront of the Circum-Pacific War from its onset. The squadron underwent several changes in command the first day of the war and went on to serve in many of the war's decisive engagements. The Wardog pilots' tactical efficiency was lauded by the Osean military and feared by the Yuktobanians, earning them several nicknames—most famously, "The Demons of Razgriz". 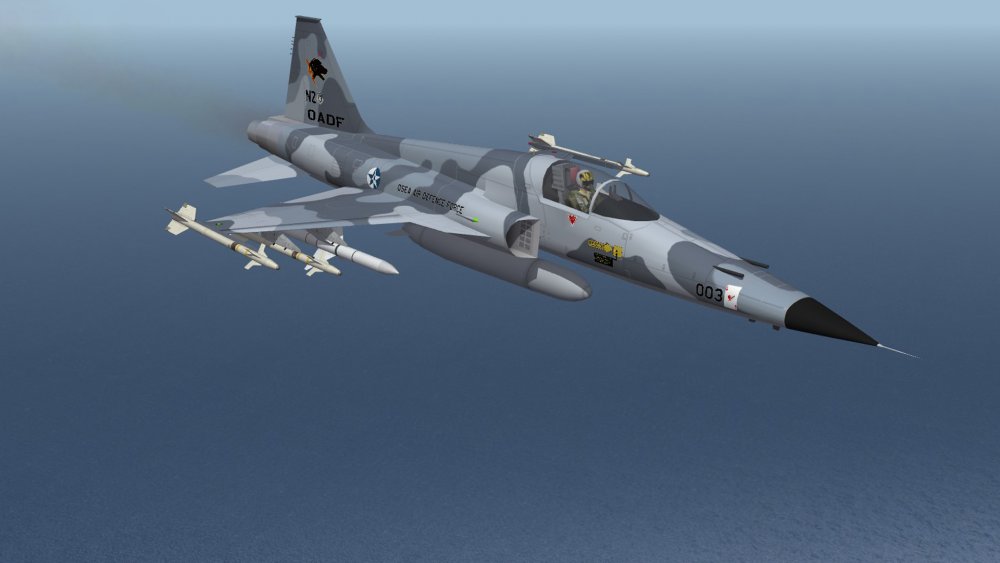 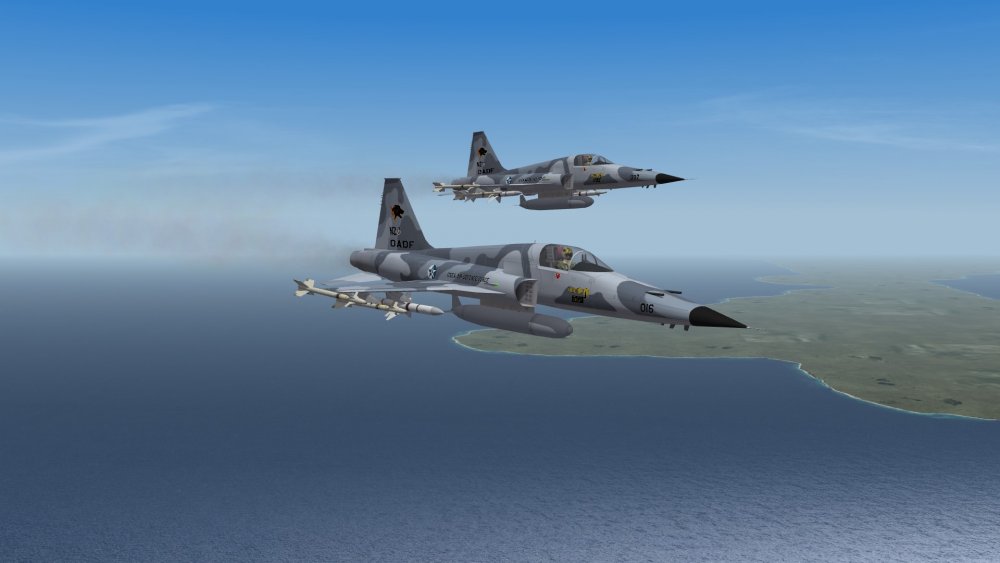 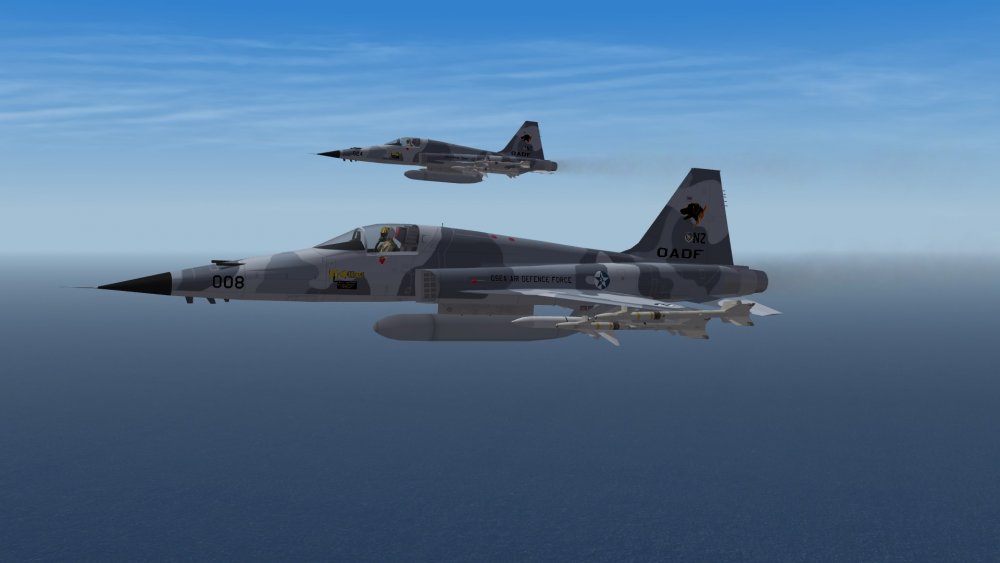 (You will also have to add a new nation OADF into nations.ini, instructions inside) 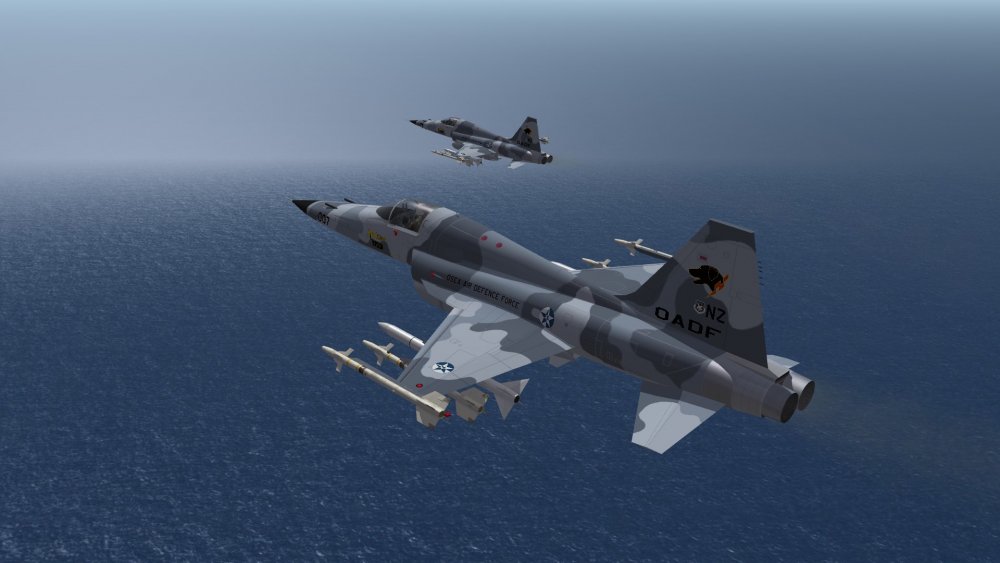 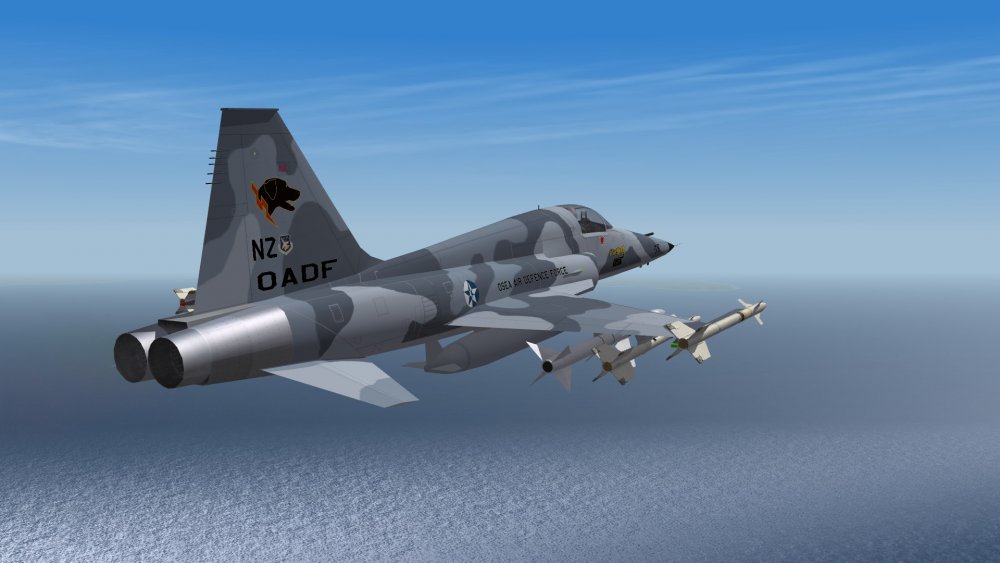 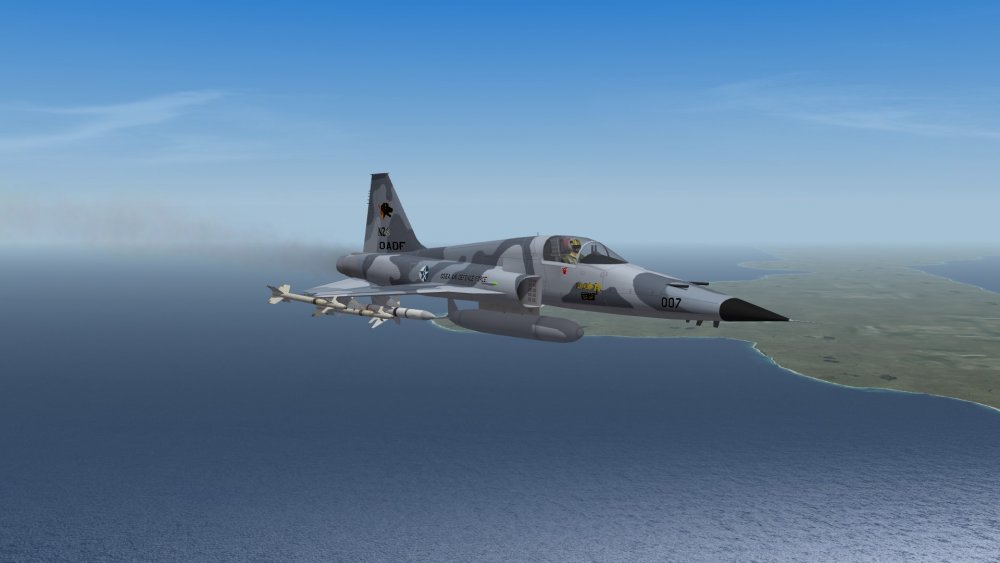 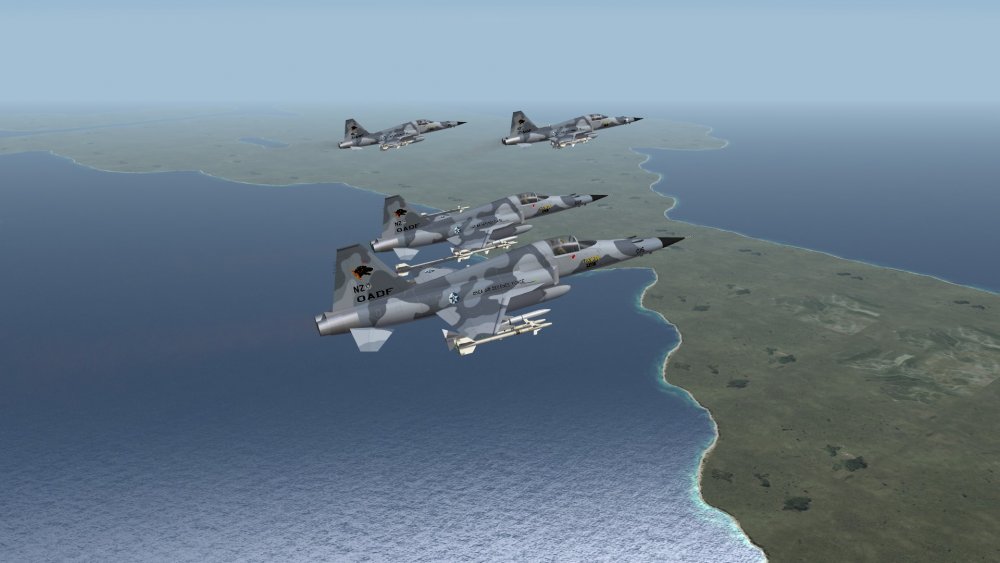